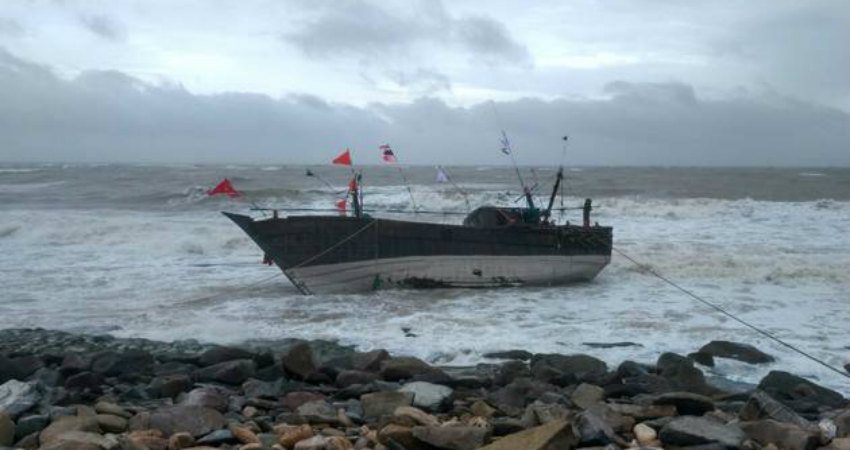 Cyclone Vayu, season’s first in the Arabian Sea has finally formed and is likely to see further intensification as well. The system is moving north northwestwards and heading straight towards the Saurashtra coast. Thus, the entire Gujarat which has not seen any rains as of now, is likely to see revival of Pre Monsoon rains during this time.

With the very likelihood of Vayu becoming a Very Severe Cyclonic storm also, cities of Jamnagar, Somnath, Porbandar, Dwarka, Okha, Veraval, Bhuj and Naliya need to be put on alert as heavy rains are expected over these cities. In fact, probable Cyclone Vayu would lead to a revival of pre-Monsoon rains over Gujarat.

In fact, some of these pockets may see life threatening rains with flooding likely in some areas of the coastal parts.

Cities of Ahmedabad, Rajkot, Gandhinagar, Bhuj, Surat, and Veraval will also see some rainfall activities in view of Cyclone Vayu, resulting in the abatement of heat wave from many pockets.

While the interiors may not see heavy showers, the coastal regions need to be on high alert as Vayu is expected to cause hefty showers over these areas. With very little time left, the authorities need to start preparing for the arrival of Cyclone Vayu.