Gujarat on alert as likely Cyclone Vayu to skirt the coast, torrential rains in Jamnagar, Porbandar 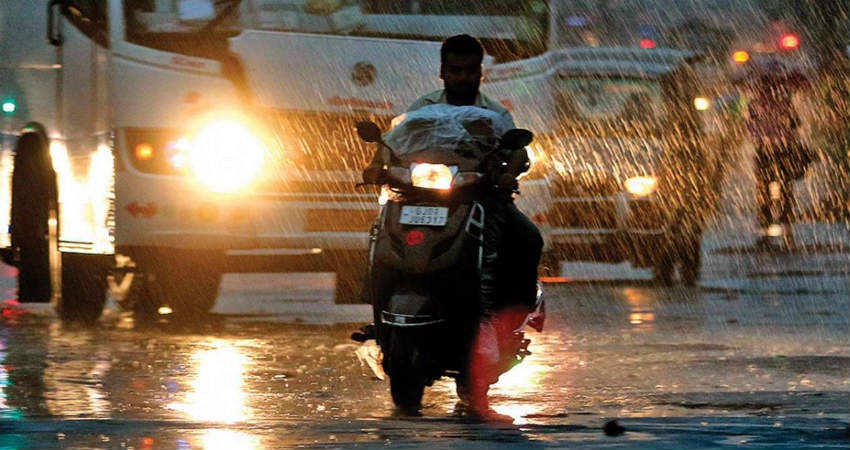 Gujarat has been put on alert, with likely Cyclone Vayu moving closer to the coast. The system presently is seen as a depression over the Southeast and East Central Arabian Sea and is centered at 11.2°N and 71°E, around 800 km South-Southwest of Mumbai.

The system is likely to intensify into Deep Depression by the evening of June 10 and subsequently into a cyclonic storm Vayu by June 11. By that time it would be abeam Mumbai. With long sea travel, low vertical wind shear, and warm sea surface temperatures, the probable cyclone is further expected to gain strength and intensify into a Severe Cyclone Storm.

Presently it is tracking more of a north-northwestwards, but maintaining a safe distance of 300 km away from the West Coast. Probable Cyclone Vayu would be closest to the Saurashtra Coast by June 12.

The experts say that between June 12-14, the extreme western parts of Saurashtra and Kutch would be witnessing squally winds and heavy to very heavy rains. The system is not likely to make landfall but the peripheral of the system would lash the Gujarat coast with some incessant showers.

With likely cyclonic storm even intensifying into a severe cyclone, places like Jamnagar, Somnath, Porbandar, Dwarka, and Naliya need to be watched out. In fact, probable Cyclone Vayu would lead to a revival of pre-Monsoon rains over Gujarat.

Meanwhile, rest places in Gujarat would settle with light rain. In fact, likely Cyclone Vayu would be responsible for the abatement of heat wave from the state. Most places like Ahmedabad, Rajkot, Gandhinagar, Bhuj, Surat, and Veraval would all see light rains on June 12 and 13.

According to weather as the system gets more marked and moves closer to the Gujarat coast, wind pattern would change over Gujarat on June 11 onwards. These winds would be then blowing from the sea and would replace hot and dry northwesterly winds, bringing much-needed relief from the heat wave.