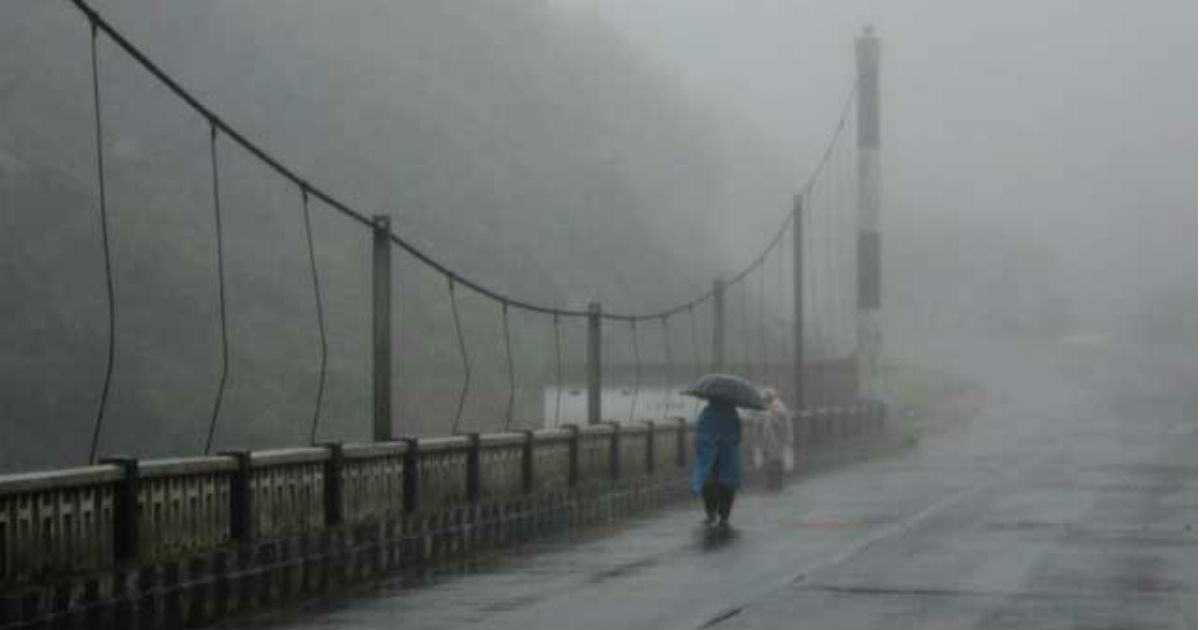 Updated on June 28, 2019: Moderate to heavy rains expected over Konkan and Goa including Mumbai, Sikkim, and Assam

As per the forecasters at Skymet Weather, moderate to heavy rains are expected over Konkan and Goa including Mumbai, parts of Coastal Karnataka, Sub-Himalayan West Bengal, Sikkim, and Assam. Few spells of extremely heavy rainfall also seems a possibility.

Updated on June 27, 2019: Active Monsoon to give heavy rains in Mumbai, Konkan and Goa

The progress of  Southwest Monsoon 2019 has been stalled but Monsoon continues to be active over Konkan & Goa. Extremely heavy rains have been already recorded along the Konkan coast and we expect these showers to continue for next 2 days at least.

According to weathermen, moderate to heavy rains are likely to lash entire Konkan & Goa today, along with parts of Madhya Maharashtra. Pune has already recorded heavy rains to the tune of 71 mm in nine hours from 8:30 am to 5:30 pm today.

Updated on June 26, 2019: After making a progress over Gujarat and Mumbai, Monsoon progress remains stable

After making an onset over Gujarat and Mumbai yesterday, the Southwest Monsoon hasn't made any significant progress in the last 24 hours, as of now.

Southwest Monsoon has progressed further into rest of central Arabian Sea, Konkan & Madhya Maharashtra including Mumbai, some parts of north Arabian Sea and south Gujarat and some more parts of Madhya Pradesh.

Advancing further, Southwest Monsoon 2019 entered into more areas of Konkan and Madhya Maharashtra, entire Marathwada as well as Vidarbha, more parts of Chhattisgarh and Uttar Pradesh. Monsoon has progressed into parts of Madhya Pradesh and Uttarakhand.

Conditions are favourable for Monsoon to advance over rest of Konkan, Madhya Maharashtra and Chhattisgarh, some parts of Gujarat, and Madhya Pradesh, Uttar Pradesh and Uttarakhand in the next 48 hours.

Updated on June 23, 2019: Monsoon progresses further in Maharashtra and UP, to reach Mumbai soon in 48 hours

Advancing further, Southwest Monsoon 2019 entered into some more parts of Madhya Maharashtra and Vidarbha and covered most parts of Marathwada. It has also progressed further into East Uttar Pradesh.

During the last 24 hours, heavy to very heavy rains were witnessed over East Uttar Pradesh and Chhattisgarh, while Kerala, Coastal Karnataka and isolated pockets of Andhra Pradesh saw moderate to heavy rains.

Weather conditions are favourable for Monsoon to cover entire Maharashtra including Mumbai and Chhattisgarh and some more parts of East Uttar Pradesh by June 25. Monsoon 2019 would enter South Gujarat and East and Southeast Madhya Pradesh.

A few days back, Monsoon had stalled for a while but good rains in the recent days have led to The Northen Limit of Monsoon making progress for the second consecutive day.

Updated on June 19, 2019: Monsoon to be active over Kerala, Coastal Karnataka, to reach Andhra, Telangana soon

Monsoon 2019 would continue to be active over Kerala and Coastal Karnataka, giving moderate to heavy rains during the next 24 hours.

A low pressure area is also likely to form in Bay of Bengal. On account of this, Andaman and Nicobar Islands would see heavy rains, with one or two places even recording three-digit rainfall.

rains would increase over Coastal Andhra Pradesh and Telangana June 22 onwards. These rains would also mark the onset of Monsoon onset over these states.

Updated on June 17, 2019: Upcoming low in Bay to bring Monsoon rains to more parts of India

Southwest Monsoon has had a delayed onset so far with its progress and advancement remaining sluggish. Monsoon has not even reached Mumbai until now making the process delayed. Now, a system is likely to form in the Bay of Bengal around June 19 which will intensify into a Low Pressure Area around June 20.

This system will not only give rains over the East, Central and parts of Peninsular India but will also be instrumental in bringing in Monsoon over more parts of the country.

Conditions are becoming favorable for the advancement of Southwest Monsoon over Northeast in the next 24 to 48 hours. It can now reach Sub-Himalayan West Bengal and Sikkim, anytime soon covering the entire region of Assam, Meghalaya, Nagaland, Manipur, Mizoram and Tripura. These on and off rains are likely to continue for the next three to four days.

Back in Central India, south-westerly winds are merging along with northerly winds over Odisha and its adjoining areas. Also, a Trough is extending from Northeast India up to coastal Odisha. These combined activities are likely to enhance rainfall activity in the state of Odisha for the next three to four days.

So, we expect Monsoon to cover parts of Odisha particularly South coastal Odisha in the next 24 to 48 hours.

Updated on June 14, 2019: Monsoon 2019 Forecast: Monsoon to cover entire Kerala and some more parts of Karnataka during next 24 to 48 hours

The progress of Southwest Monsoon 2019 is still sluggish. In fact, we can say it is has remained almost stagnant, since June 11.

Usually, by this time, Monsoon covers South Gujarat, entire state of Maharashtra, parts of South Madhya Pradesh, half of Chhattisgarh, almost entire Odisha, Northeast India, West Bengal and some parts of Bihar and Jharkhand. However, due to its slow progress, it has not yet entirely covered Kerala and Tamil Nadu. Moreover, in Northeast India, Monsoon has been able to make it only up to Mizoram so far.

However, with the probability of intense rains, we expect Monsoon to extend its spread and cover over entire Kerala, most parts of coastal Karnataka as well as over some parts of Konkan and Goa, during the next 24 to 48 hours. Meanwhile, Monsoon is expected to cover some more parts of Northeast India.

The well-marked low pressure area in Southeast and East-Central Arabian Sea has now induced a depression  over the same region. The system is tracking north-northwest, parallel to the West Coast. The system is presently centered at Latitude 11.7 °N and Longitude 71°E, around 200 km west-­northwest of Amini Divi, 820 km south­-southwest of Mumbai, and 1010 km south-­southwest of Veraval.

The system is likely to intensify into deep depression by Monday evening and subsequently into a cyclonic storm Vayu in another 24 to 48 hours.

The depression has already given very heavy to extremely heavy rains over Kerala, with Alappuzha recorded 106 mm of rain in span of 24 hours from 8:30 am on Sunday, Kottayam 92 mm, Kochi 91 mm, Thiruvananthapuram 58 mm, and Kanyakumari 36 mm.

Rain in Kerala would continue but on reducing note as the probable Cyclone Vayu would drive away all the moisture.

According to Skymet Weather, moderate to heavy Monsoon rains would continue over Kerala during the next 24 hours and reducing thereafter.

Weather conditions remain conducive for further progress of Southwest Monsoon into parts of Northeast India during the next 24 hours. In fact, it would also reach into the remaining parts of South Arabian Sea, Lakshadweep area and Kerala, some more parts of Tamil Nadu, southwest, southeast, east­central & northeast Bay of Bengal and some parts of central Arabian Sea and west-­central Bay of Bengal during next 24 hours.

Published on June 7, 2019: All eyes are on the Monsoon 2019, which is running late by over a week now. Southwest Monsoon marks its onset with hitting Kerala in South Peninsula and Tripura in Northeast India simultaneously.

However, Monsoon surge first has to reach Kerala, for declaring the onset. It has been a tricky situation this time. According to weathermen at Skymet Weather, weather conditions in Northeast India are almost akin to that of Monsoon pattern.

So far, the Northern Limit of Monsoon (NLM) has covered significant parts of Bay of Bengal. Thus, wind pattern over the region has also changed. It has been raining profusely over Northeast India for last many days.

Meteorologists are of the view that prevailing weather pattern is that of typical Monsoon rains. Winds are already turning easterlies. In fact, a well-marked trough is seen running from West Uttar Pradesh to West Bengal. Besides this, there is a cyclonic circulation prevailing over Bangladesh for last many days. Both are the prominent features of the Monsoon.

“Monsoon covers Northeast simultaneously, but we are stuck with the fact that the surge first has to cover Kerala. Back in 2011, Monsoon had covered Kerala and South Andaman Sea simultaneously on May 29, even when it reaches Andaman Sea first. Hence, we can say that exceptions are there. To us, it looks like that Monsoon has already covered Bay and same air mass is reaching entire Northeast India. All the criteria of temperatures, humidity and rainfall are meeting,” said G P Sharma, President- Meteorology and Climate Change, Skymet Weather.

However, as per the standards for declaring the onset of Monsoon, it must fulfill the criteria of winds, OLR (Outgoing Longwave radiation) and rainfall over Kerala.