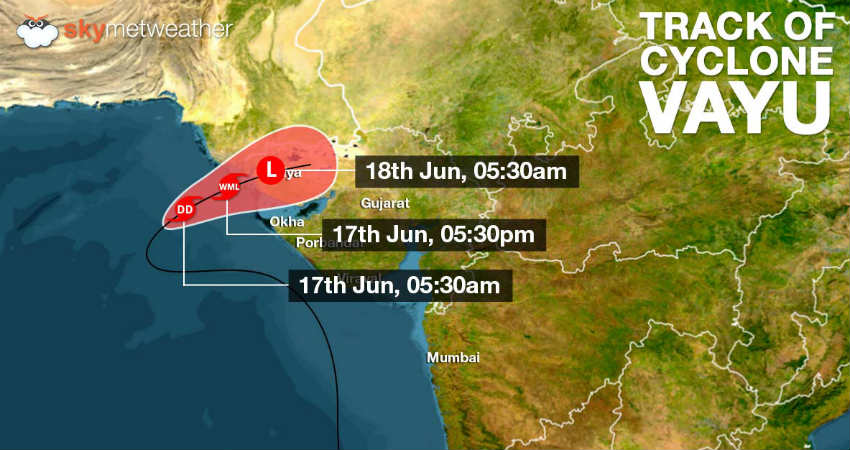 Moving in east-northeast direction, the system is moving at a fast pace with a speed of 17 kmph towards the North Gujarat coast. The system is very likely to weaken into a well-marked low-pressure area by late evening.

According to Skymet Weather, the system is very likely to track northeastwards and make landfall over Kutch region of Gujarat coast by midnight of June 17. After making the landfall, Vayu would further towards South Rajasthan.

As the system makes landfall, moderate rain and thundershowers are likely at many places with heavy rains at one or two places of the Saurashtra and Kutch region on June 17 and 18. Gujarat region would also see rainfall at many places with heavy to very heavy falls at isolated places on June 18. Places such as Naliya, Bhuj, Jamnagar, Okha, Dwarka and Porbandar would see good rains.

High velocity winds to the tune of 50 kmph could be witness along the coastal areas. Several parts of South Rajasthan would also start witnessing rains on June 17. On Tuesday, as the system moves closer, South Rajasthan could also see heavy to very heavy falls at few places.