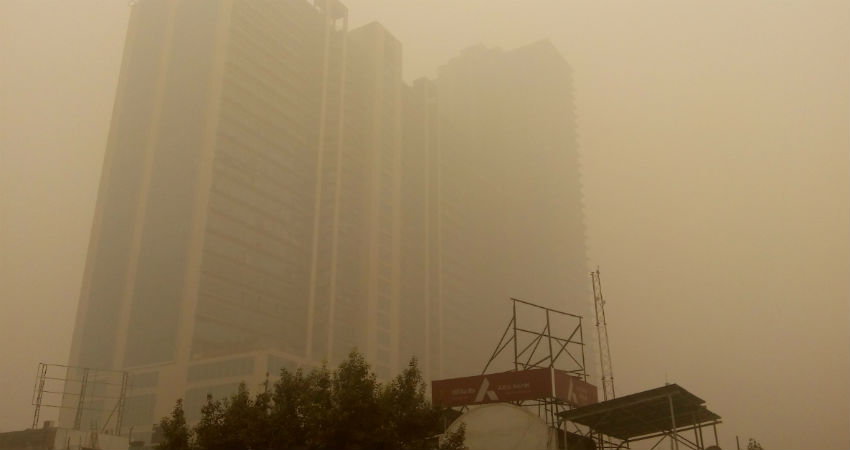 After crossing the 300-mark of Air Quality Index, Delhi pollution has once again decreased and today most places are witnessing pollution levels in moderate to poor category.

The marginal decrease in pollution levels is due to weather conditions. After the withdrawal of Southwest Monsoon, winds over Delhi and NCR were of light and variable in nature. Due to this, the Air Quality Index increased significantly as the local pollutants were not able to disperse. Moreover, the northwesterly winds were blowing for three to four hours during the daytime and brought along the stubble burning smoke from Punjab and Haryana.

Since the afternoon of October 16, the wind direction changed, and easterlies and south easterlies started blowing. As the winds started blowing from the definite direction, a gradual increase in wind speed on October 17 led to the dispersion of local pollutants. Moreover, these winds were from the opposite direction, therefore they acted as a barrier and helped in obstructing the smoke coming from Punjab and Haryana.

Now we expect these winds to continue until October 20. Therefore, the pollution levels will be in moderate to poor category but after October 20, winds will once again change their course and will start blowing from the northwest direction.

Moreover, the mixing height (of air) will also drop and this will not allow the pollutants to disperse. Therefore, we expect pollution levels to reach in poor to very poor category post October 20. After October 24, the pollution levels may deteriorate further and will be somewhere in a very poor to severe category. By then the temperatures are also likely to drop which will lead to the formation of mist and haze which will then eventually lead to the formation of smog.

As the Western Disturbance has approached so it may lead to cloud formation over Delhi and NCR with chances of light thundery activity. There is a slight possibility of light rain in isolated pockets. However, these rains will not help in washing out pollutants.