Delhi Pollution to be moderate today, to increase from tomorrow despite light rain 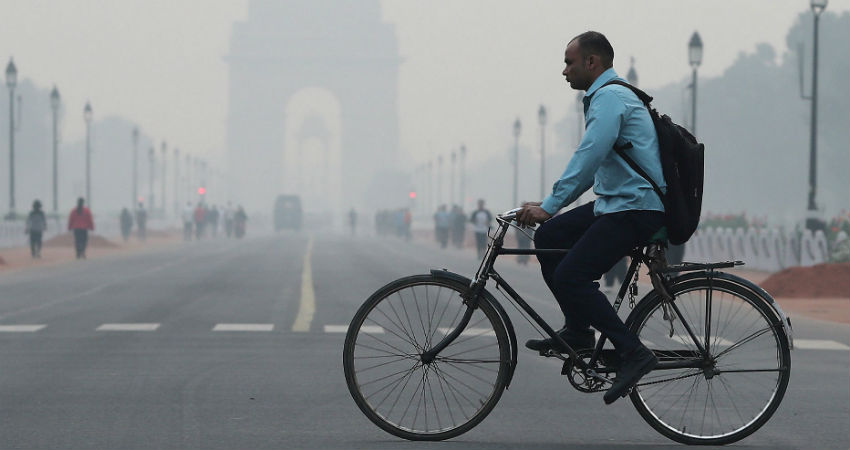 As predicted by Skymet Weather, an improvement was noticed in Delhi Pollution on November 24. Today also, Delhiites woke up to somewhat cleaner air, as AQI was recorded under the ‘moderate’ category in most parts of Delhi and NCR during early morning hours.

According to our meteorologists, moderate winds from west/northwest direction would continue to blow over the region. As a result, pollution would not increase and would remain intact in the ‘moderate’ category today.

By tomorrow, the wind direction would change to easterlies and there are also chances isolated light rain in Delhi and its adjoining areas on November 26 and 27. In fact, showers would commence from the evening or night of November 25 only.

These patchy rains would increase humidity levels. And whenever there is a combination of light winds and high humidity, pollution levels spike. Such weather conditions also lead to formation of mist/haze and shallow fog during the morning hours. Mixing of dust and smoke particles and other pollutants make the situation even worse.

Thus, Delhi Pollution will once again increase from tomorrow and AQI would enter ‘moderate to poor’ category in most of the places. The air quality would deteriorate further on November 27 and pollution levels would once again become 'very poor'.