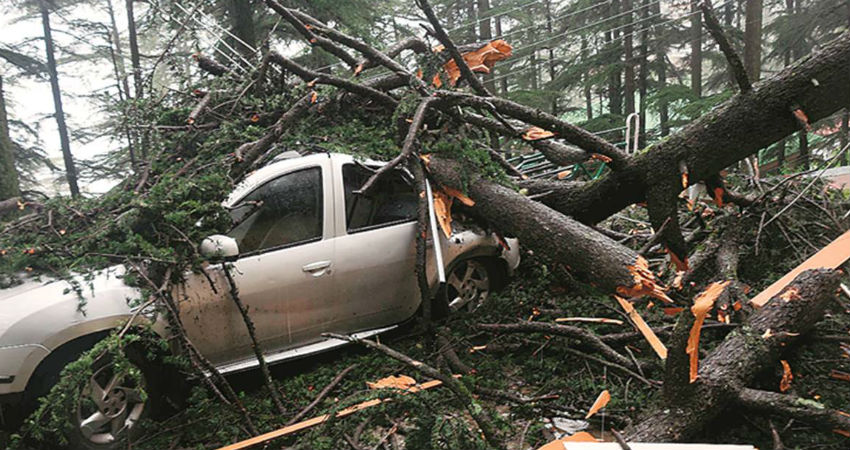 Heavy rains battered many parts of North India on Sunday, thus claiming the lives of 28 people, while 22 are missing in the states of Himachal Pradesh, Uttarakhand, and Punjab. Delhi, Haryana, Punjab and Uttar Pradesh are on a flood alert. The Yamuna and several other rivers are just near the danger mark.

The heavy Monsoon rains have taken lives of nearly 24 people in Himachal Pradesh, out of which two are from Nepal. The rain-related incidents have injured around 9 people. Moreover, around 25 tourists, which included a foreigner too, were rescued on Sunday. The tourists were stranded for more than two days, deprived of food and shelter.

A series of landslides had taken place, thus leaving hundreds of tourists and locals stranded. This even resulted in train service disruption between Kalka and Shimla and caused traffic havoc on the Chandigarh-Manali highway. In the wake of heavy rains, all schools and colleges in Shimla, Solan, Kullu, and Bilaspur districts have been ordered to remain closed on Monday.

Due to the cloudburst in Uttarakhand, at least 3 people were killed, while 22 are still missing. Flash floods in the Mori block of Uttarkashi district have washed away several houses.

According to our meteorologists, the Monsoon rains will ease out a bit in Himachal Pradesh, but due to easterly winds which will continue to feed moisture over the Himalayas, we expect Uttarakhand to receive isolated heavy spells. Thus, due precautions must be taken.