Flooding rains very likely over Surat, Gandhinagar, Ahmedabad and Vadodara in the next 12 to 18 hrs 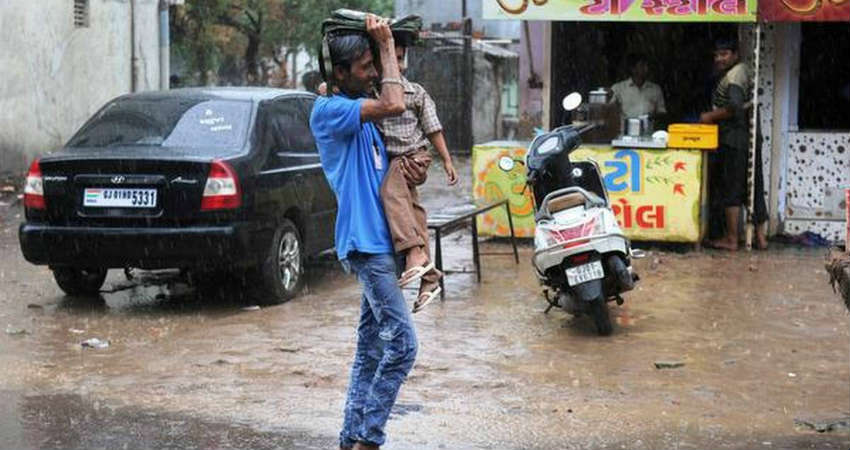 The Low-Pressure Area now lies over North Madhya Pradesh and adjoining East Rajasthan and the system is tilting southwestward with height. The Cyclonic Circulation over the Northeast Arabian Sea is now weakening.

In the past 24 hours, Gujarat has recorded widespread light to moderate rains with few heavy to very heavy spells. Significant rains were seen over Valsad of 121 mm. As per the experts, the rainfall activity over the eastern parts of Gujarat is now likely to enhance during the next 24 hours.

Therefore, in the coming 24 hours, we can expect, mainly moderate rainfall at many places of the eastern parts of Gujarat with few heavy to very spells in between. There are chances that a flood-like situation may develop over the area.

While the western parts of Gujarat including Kutch will see light rains over scattered places. The activity over the entire Gujarat will take a dip from tomorrow onward.

Places like Vadodara, Ahmedabad, Surat, Gandhinagar, Godhra, Dahod, Mehsana, Patan, Deesa, Palanpur, Kheda will be affected with moderate to heavy rains during the next 24 hours.

Rest places to witness scattered light rains only with very lights rains will be seen over Bhuj, Naliya, Mandva and Jamnagar.

The situation is favourable for flood-like conditions and waterlogging at some places of Eastern parts of Gujarat during the next 12-18 hours.