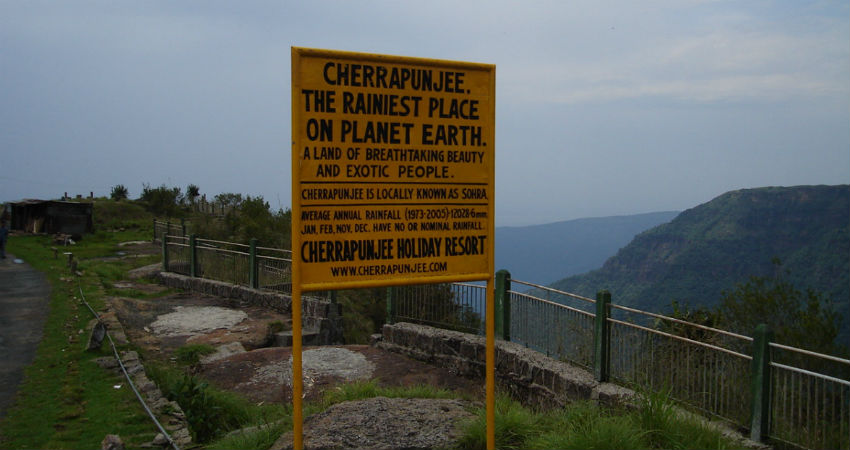 Cherrapunji, a small town in Meghalaya is noted for having one of the world’s highest average annual precipitation levels. It is almost at an elevation of 4000 ft and is a cliff sort of a thing from where we can stand and see the plains of Bangladesh. The annual rainfall is quite high with rainfall of about 11,619 mm.

This place is known for heavy spells being witnessed for days together. In the last four days also, rainfall has been in four digits. Between June 25-28, 2019, Cherrapunji recorded 127 mm, 159mm, 292mm and 305 mm of rainfall, respectively.

At present, a Trough is running from the Northwest Uttar Pradesh to Arunachal Pradesh along the foothills of the Himalayas. According to Skymet Weather, moderate rains with one or two heavy spells are likely over the northeastern states, particularly in Sikkim, Assam, and Meghalaya for another 24 hours. Thereafter, rainfall activity will start to weaken in the region as the Cyclonic Circulation will subsequently intensify into a Low-Pressure Area over the Northwest Bay of Bengal. Thus, moisture-laden winds will get diverted towards the weather system, resulting in reduced rains over Northeast India.

So far in this month, 2172 mm of rains have been recorded. Now, two more days are left for this month to end and the experts are hopeful that with torrential downpour to continue the rainfall figure might touch the monthly normal.

The heavy precipitation results from the village’s location on the plateau’s southern edge, at which point the saturated summer monsoon air rises up the southern slope and cools rapidly, releasing enormous quantities of condensed water. The months of June and July are the rainiest months for Cherrapunji wherein the normal for the month of July is 2992 mm with 2512 mm of rains for the month of June.