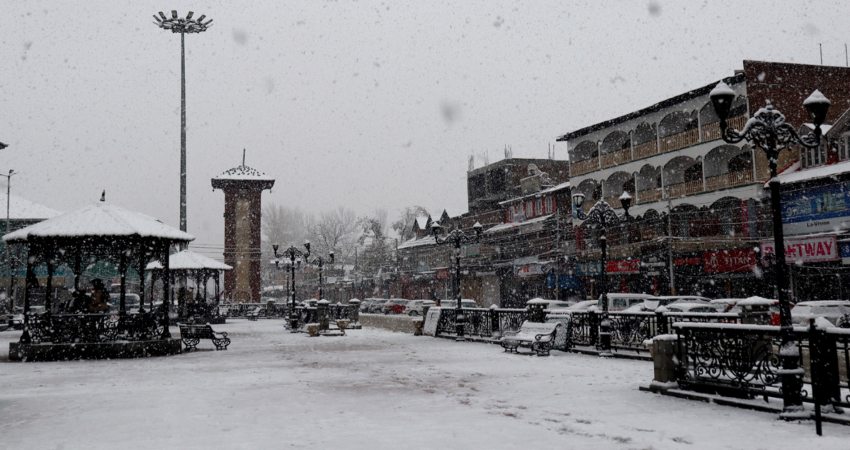 The winter season in Jammu and Kashmir can be broken up into Chilai Kalan, Chilai Khurd and Chilai Bacha.

Chilai Kalan is a 40 day period of extreme cold starting 21 December. It is the harshest season of cold weather. The minimum or night temperature during this period consistently remains 3-4 degrees below the freezing point. The day temperature too settles in single digit. According to the data available with Skymet, the average minimum temperature during this period settles at -2 degrees Celsius. Heavy snow and rain is also a characteristic of Chilai Kalan.

Chilai Bacha, the third and last one is the mildest of all. It lasts for a short period of 10 days from February 20. One can clearly experience the difference during this period as the day and night temperatures in Jammu and Kashmir rise by 4-5 degrees. The maximums start to become comfortable.

Meanwhile, a fresh Western Disturbance is going to approach Jammu and Kashmir on 19 February. Though the system will be mild it may impact the temperatures mildly in terms of increase in the night temperature and drop in the maximum.