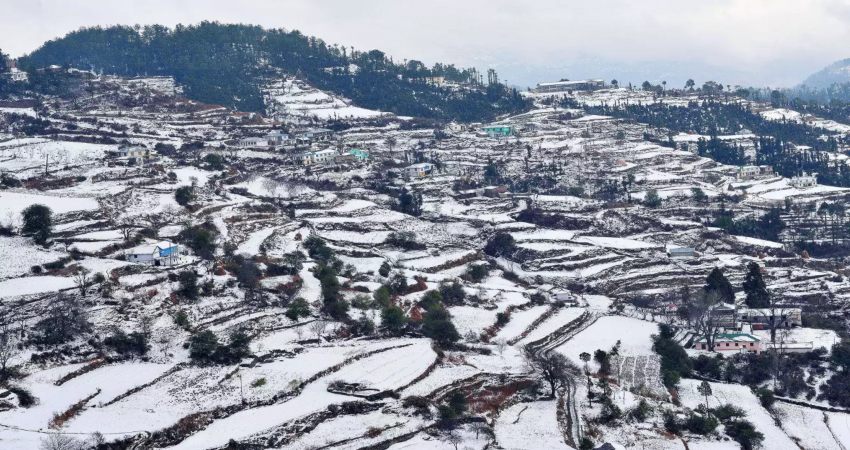 The winter season has so far been exceptionally good for the state of Uttarakhand. The month of November itself began on a good note with a couple of strong Western Disturbances affecting the entire state in terms of rain and snow. December was even better with almost all popular tourist destinations like Nainital, Mukteshwar, Almora, Mussoorie and Dhanaulti receiving snowfall. The month of January too has panned out in almost a similar fashion so far. Frequent Western Disturbances have given ample rain and snow in the state.

According to the data available with Skymet, rain and snow in November in Uttarakhand was 239% excess. In December the surplus was 223% and in January so far snowfall is already at an excess of a whopping 411%

Considering January alone, it is only the fifth year in the last decade that the state has seen excess rain. In fact snowfall, this January has been in large excess even if we compare it with the surplus years. The closest to the current surplus of 411% is 47% observed in 2019. The following table explains it.

The January surplus for Uttarakhand could rise further considering there is a forecast of Western Disturbances between January 24 and 26 and January 29 and January 30. These two systems will again give rain and snow in the region though the intensity could be a little light compared to what they have been during the early days of the month.

According to senior meteorologists at Skymet, Uttarakhand can expect more tourism as snowfall in the state is expected until the end of March. For those who haven’t yet got a chance to enjoy the snowfall in picturesque Uttarakhand can hit the hills of Nainital, Almora, Ranikhet, Mukteshwar, Mussoorie and Dhanaulti. But for that, you need to keep yourself updated with all the weather-related information on Skymet.