Heavy Monsoon rains to lash Kanpur, Lucknow, Bareilly and Sultanpur during next two to three days 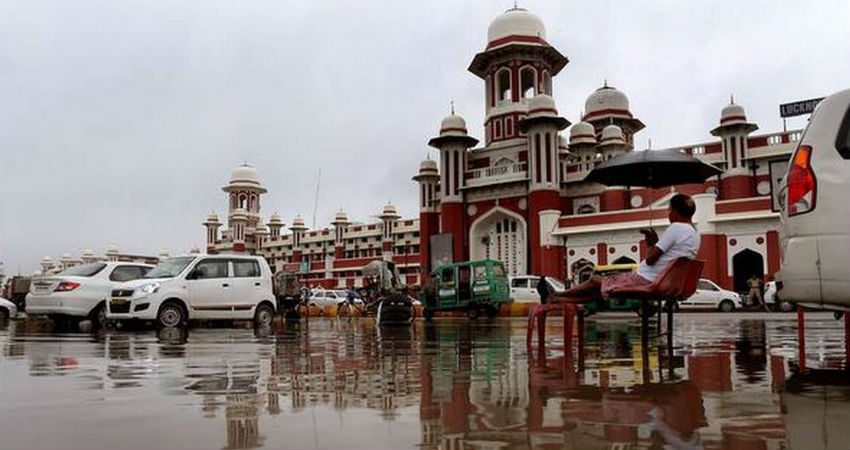 The Monsoon rains will pick up more pace during the coming days in Uttar Pradesh. And places like Kanpur, Lucknow, Bareilly, and Sultanpur stand a chance to witness heavy showers for the next two to three days.

Many parts of Central and East Uttar Pradesh have received light rains along with isolated moderate spells during the last 24 hours.

On the contrary, the western parts of Uttar Pradesh remained mostly dry and warm.

Due to these systems, moist winds are blowing over central and eastern parts of the state and extending even up to West Uttar Pradesh.

During the coming days, the eastern end of the axis of Monsoon Trough would shift northwards slightly. Thus, the rainfall activities would increase, particularly over Central and East Uttar Pradesh.

The central districts like Kanpur, Kanpur Dehat, Lucknow, Sultanpur, Basti, Gonda, Jaunpur, Azamgarh, Bareilly, Sant Kabir Nagar, and Faizabad may receive heavy showers for the next two to three days. Meanwhile, the other parts of the state may receive light rains only.

On the contrary, the extreme western parts of the state would remain mainly dry and warm leading to uneasy weather. However, short spells of light rain at one or two places cannot be ruled out.

The upcoming rains may benefit the crops such as Paddy and Sugarcane in Central and East Uttar Pradesh. While in the absence of significant rains over West Uttar Pradesh, the crops in the region may get affected.