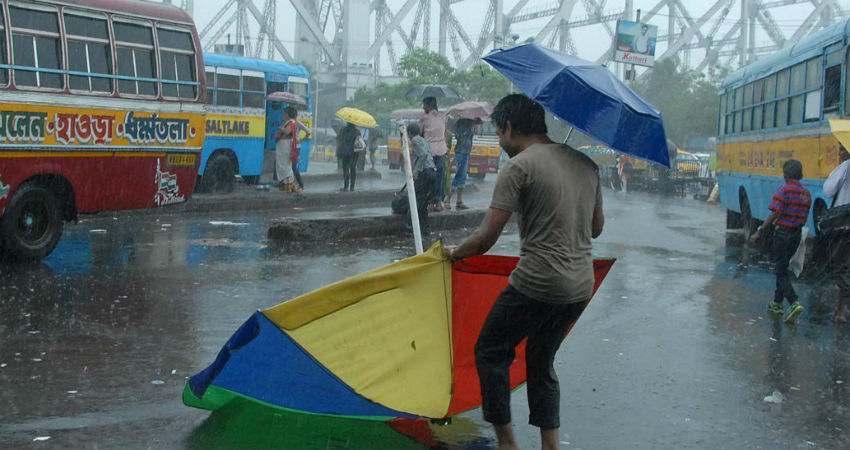 Heavy rain to the tune of 62 mm in Kolkata had resulted in waterlogging and traffic chaos in many parts of the city during the last 24 hours.

The capital city of Kolkata and adjoining area stand a chance to witness short spells of rain during the same time frame. Meanwhile, rains would be light and only isolated over parts of Sub Himalayan West Bengal.

After 24 hours, rains are likely to take a backseat over the entire state, thus resulting in dry weather conditions.

Since the beginning of post Monsoon season, Gangetic West Bengal has been receiving good rainfall activities and hence is standing under normal rainfall category with a deficiency of just 6%, as per rainfall data from October 1 to 9.

On the other hand, due to lesser amounts of rainfall, the deficiency of Sub Himalayan West Bengal is standing at 20% as on October 9.

Kolkata was lucky enough to experience only isolated light rains throughout the Durga Puja celebration that didn’t result in any disruption and the celebrations were carried out smoothly.

On the other hand, moderate showers in the districts of Bankura, Purulia, Medinipur played a major spoilsport throughout Navaratri.

In fact, most parts of South West Bengal have been observing good showers since the beginning of October. The reason being the frequent formation of Cyclonic Circulations over either Gangetic West Bengal, North Bay of Bengal or South Bangladesh.