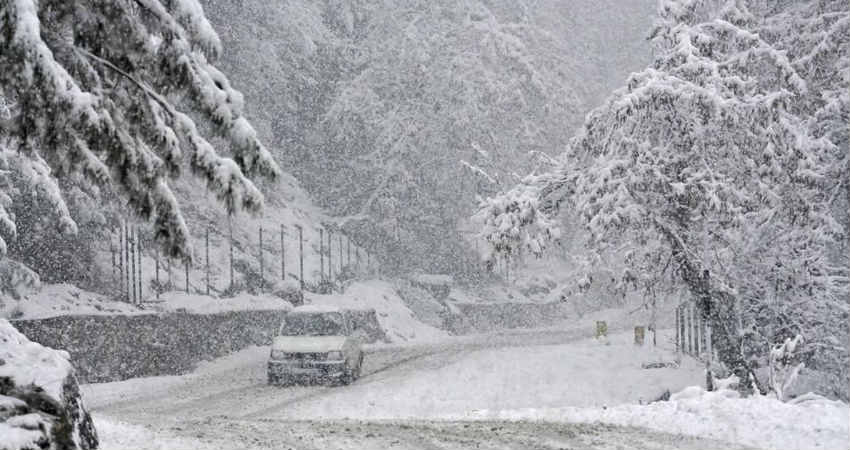 This winter, rain and snow began in the hills of North India with a bang in the month of November itself, and that too in excess. In fact, by the end of the month, Jammu and Kashmir was surplus by 379 percent, Himachal Pradesh by 143 percent and Uttarakhand by 239 percent.

The first half of December is almost over, and it seems like snowfall is not in any mood to take a break as such. In the last 24 hours, heavy rain and snow which has been widespread in nature has lashed Jammu and Kashmir, Ladakh, Himachal Pradesh as well as Uttarakhand.

Heavy snowfall has made its appearance over Uttarakhand wreaking havoc over the region. All schools in Dehradun, Rudraprayag, Uttarkashi and Chamoli will be closed today in view of snow. Moreover, a red alert for Friday has been issued as heavy to very heavy snow may be seen in parts of Rudraprayag, Chamoli as well as Uttarkashi.

Talking about Jammu and Kashmir, moderate snow has been witnessed in higher reaches of Jammu and Kashmir as well as Ladakh which includes Gulmarg, Pahalgam and Banihal. Rains on the other hand have lashed both Jammu and Srinagar in the last 24 hours.

Orange alert has been issued over Jammu and Kashmir and Ladakh for today in view of heavy rain and snow. In fact, snowfall caused the closure of Jammu and Srinagar highway yesterday evening as snow was observed around and in Jawahar Tunnel.

These rain and snow over the hilly regions of North India will continue today and the remnants will give some snowfall and rain tomorrow as well.

After the accumulation of snow, the possibility of avalanche cannot be ruled out. Along with this, cold wave conditions are expected after the system moves away and icy cold winds blow over the region, wherein maximums will rise and minimums will drop significantly.

Weather update and forecast for January 21 across India