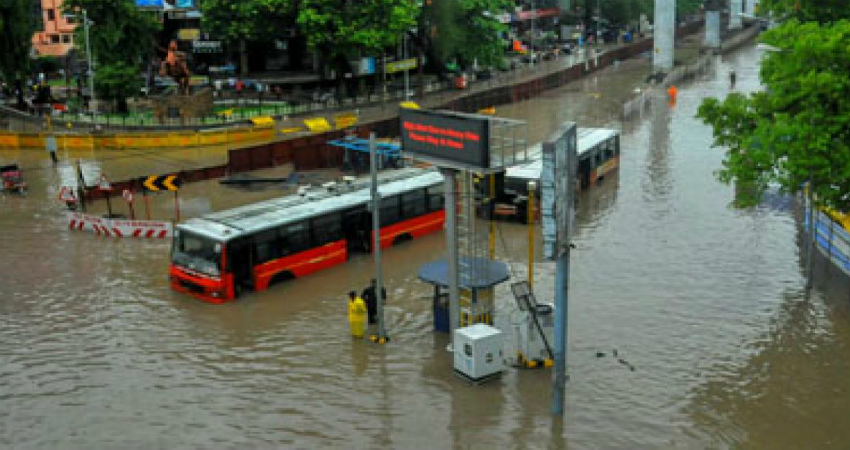 Heavy rains have been battering the state of Maharashtra for the last many days now. The meteorological division of Vidarbha has experienced heavy to very heavy rains in the past 48 hours. In fact, this has been one of the heaviest spells of the Monsoon season so far.

The heavy downpour can be attributed to the Depression that was persisting over the central parts of the country.

As this system is moving westwards, the intensity of rain is expected to reduce significantly in the Vidarbha region and its adjoining area during the next 24 hours. And for the next two to three days only scattered showers will be observed.

These heavy showers have improved the rainfall statistics of the region. The deficiency is now standing at only 3% as of August 8. There is all probability for the region becoming rainfall surplus in the next couple of days.

Just like Vidarbha, rains have remained unstoppable in Madhya Maharashtra as well, wherein extremely heavy rains have been lashing Kolhapur, Sangli, and Satara since the beginning of August. Many areas in these places are still flooded.

Thankfully now, relief is in sight as the Monsoon Surge is expected to reduce along the West Coast. But it may take some more time for floodwaters to recede.