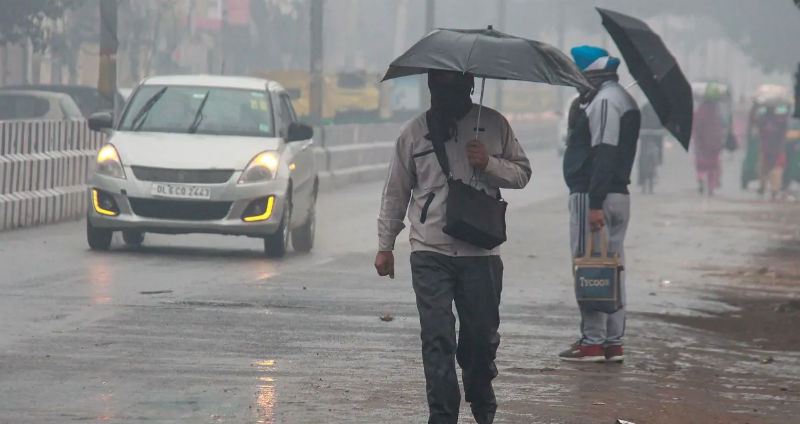 The national capital Delhi usually does not record too much rainfall in the month of January. But this time there was widespread rainfall in January over Delhi. The rainy spell made its appearance between January 2 and 5, when the weather changed across North India. Delhi was also affected with this and on January 3 and 4, widespread rainfall was recorded in all areas of Delhi NCR. Due to these heavy rains, the winter rains remains 121% above normal for Delhi. In the month of January, 29.6 mm of rain was recorded in Delhi, against the normal rainfall of 13.4 mm.

After January rains, now February is also going to start with rain. In early February, signs of widespread rainfall have started showing in all areas of North India including Delhi-NCR.

With the combined effect of several active weather systems simultaneously, cloud cover and possibly rain activities will start in Delhi from 3 February. But the rain will soak up the people of the capital the most on February 4 and 5. During these two days, light to moderate thunderstorms, lightning thunderstorms and hailstorms can occur in many areas of Delhi-NCR. That is, on Thursday and Friday, Delhi people may face deteriorating weather while leaving the house.

During the rainy days, the minimum temperature will definitely rise in Delhi, but after the end of the rains, when the cold winds will come from the north, once again people will be forced to tremble. Meanwhile, on January 31, 2021, Delhi recorded a minimum temperature of 3.1 degrees Celsius, 5 degrees below normal.