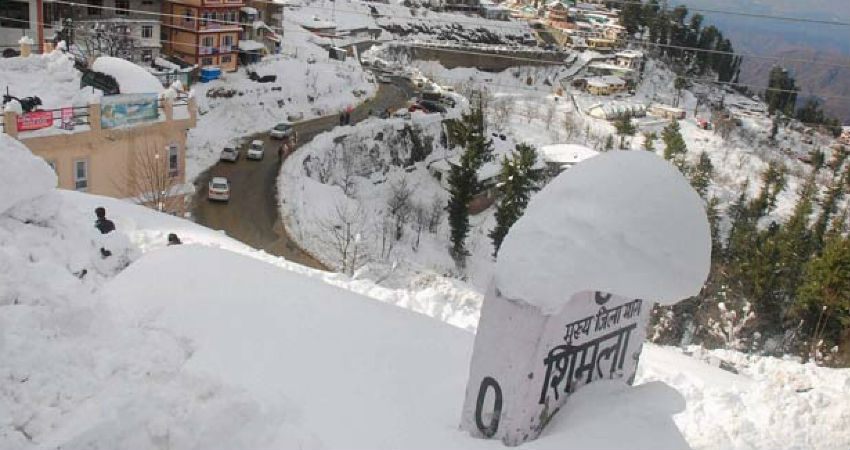 As accurately predicted by Skymet Weather, fairly widespread light to moderate rain and snow have lashed Jammu-Kashmir and Ladakh during the last 24 hours. Isolated activities have also been reported from parts of Uttarakhand and Himachal Pradesh. The popular tourist destination of Shimla has been covered by thick snow while many other hill stations have been observing snowfall since morning.

Today, the intensity is expected to increase with chances of some heavy spells. Srinagar, Pahalgam, Kullu, Manali, Shimla, Kedarnath, Mussoorie and Nainital are likely to witness heavy rain and snow until tomorrow morning.

Thereafter, the Western Disturbance is most likely to move away, leading to a significant drop in weather activities. The remnants of the system, however, may continue to give light rain and snow in the upper reaches of Jammu and Kashmir, Himachal Pradesh and Uttarakhand.

Post this episode, we do not expect any strong weather system to form and give significant activity. Although feeble WDs may keep approaching the region but they would not be strong enough to give heavy rain and snow. However, isolated rain/snow cannot be ruled out in the higher reaches.

Back to back Western Disturbances have been giving ample amount of rain and snowfall in the northern hills since the beginning of the season. The frequency of WDs has been exceptionally high this time. Moreover, the strong nature of the systems has given more than the usual weather activities. For instance, the state of Uttarakhand has received more than 300% snowfall until now.