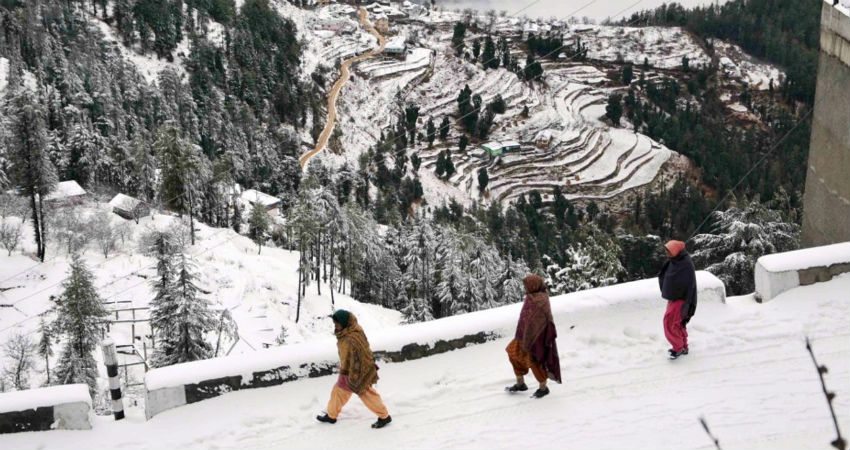 The upper reaches of Jammu and Kashmir, Ladakh as well as Himachal Pradesh have received light rain and snow during the last 24 hours. Most parts of Uttarakhand, on the other hand, have remained dry.

Considering chances of only light weather activities, it is the most appropriate time to visit the hills of North India. Tourists who wish to see the beauty of snow-capped Himalayas can plan a visit to famous tourist destinations such as Shimla, Manali, Mussoorie, Dhanaulti, etc. You might not witness snowfall but nature would be in its most beautiful form.

According to Skymet’s meteorologists, the present Western Disturbance (WD) over the Western Himalayas is not a strong one, hence, we do not expect any significant weather activity in the hills now. Only isolated light to very light rain and snow may lash the upper reaches of the northern hills, that too for a short duration.

By today afternoon, the weather system would start moving away eastwards owing to which dry weather conditions may set in.

After the passage of this WD, no other strong system is expected to approach the northern hills anytime soon. Although a feeble system may hit the Western Himalayas by the evening of February 6, it would only be able to give light rain and snow. Moreover, its effect would be negligible over the northern plains except for a change in the wind direction.

Weather update and forecast for February 27 across India