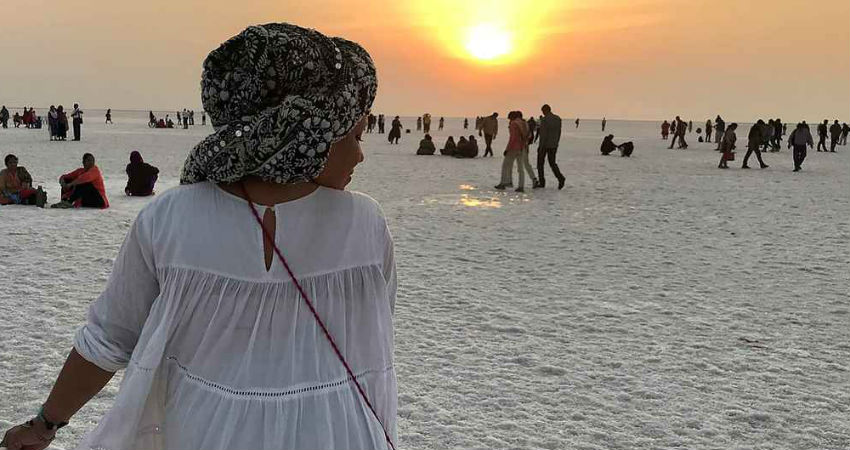 February is the transition period for Gujarat. The first half of the month remains on the comfortable side, but the temperatures start heating up from the second half. The weather activities are minimal while there is a large variation in the temperature pattern. The days turn warm with little winter chill during early mornings or late nights. However, afternoons become hot with humidity reaching its extreme.

For the past 48 hours, the temperatures in Gujarat have been following a rising trend. The maximums have already hit the mid-30s while minimums have reached the high teens. The minimum is infact touching 20 degrees Celsius in some parts of the state.

According to Skymet Weather, winter is over for Gujarat and hot/humid days are in the offing. The temperatures are expected to see a further increase during the coming days leading to hot weather conditions.

The weather models are indicating the approach of a fresh Western Disturbance by the night of February 19. This system is going to induce a Cyclonic Circulation over Northwest Rajasthan. Under the influence of these systems, wind patterns will change and humid winds from the Arabian Sea will begin blowing.

This change in the direction of the wind may lead to an increase in the day and night temperatures. The humidity will peak, increasing the discomfort levels for the residents. The temperature pattern will prevail in the state for another week.

Thereafter, as the system moves and clears the track for cold northerlies, a slight drop in the temperatures would be noticed. However, this fall would not be a steep one and winter chill is not going to return now.

The state of Gujarat is characterized by a long coastline, a varied region of Saurashtra and Kutch along with a deep inter-land. It observes pleasant weather during December and January while February is the transition month.