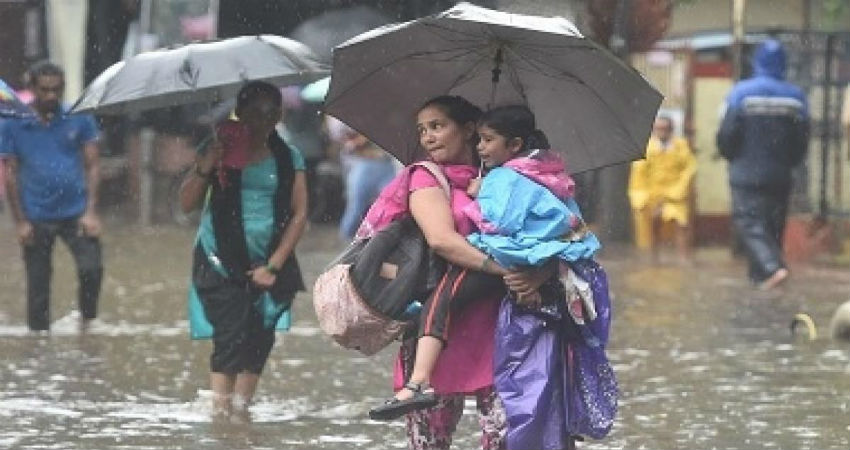 The Low-Pressure Area over Odisha region continues to move in west/northwest directions, thus coming closer to the state of Madhya Pradesh. Moreover, the Monsoon Trough passes through the central parts of the state.

In the wake of this movement along with the Trough, moderate to heavy rains would continue to lash many parts of Madhya Pradesh for another three to four days. Already, heavy rains to the tune of 134 mm have been recorded in Mandla in just 24 hours.

This trend would continue and places like Ujjain, Indore, Bhopal, Hoshangabad, Betul, Seoni, Shahdol, Dhar, Raisen etc may see moderate to heavy showers for the next few days. The continuous amount of rainfall may also trigger a flood-like situation in parts of Ujjain, Hoshangabad, Indore, Bhopal, and Betul.

Already heavy showers have lashed parts of Madhya Pradesh, wherein Mandla has recorded a whopping 134 mm rainfall, followed by Seoni 93.6 mm and Ujjain 40 mm rainfall in a span of just 24 hours from 8:30 am on Saturday.

All these rains are beneficial for crops like Paddy, Groundnut, Jowar, Bajra, Maize, etc. However, the excess amount of rainfall may trigger a flood-like situation, thus damaging the present cropping system.