Skymet, India’s leading weather forecasting and agri risk monitoring company, had released its forecast for Southwest Monsoon 2019 on April 3, 2019 predicting below normal rains to the tune of 93% (with an error margin of +/- 5%) of long period average (LPA).

As a sequel to pan-India forecast, Skymet has now come up with quantitative distribution of Monsoon rainfall across the four regions of the country on May 14, 2019. Region-wise forecast comes with an error margin of +/- 8%.

Monsoon 2019 seems to make a timely onset. However, weather models are indicating towards a weak onset over the Indian subcontinent, resulting in a sluggish start to Monsoon 2019. 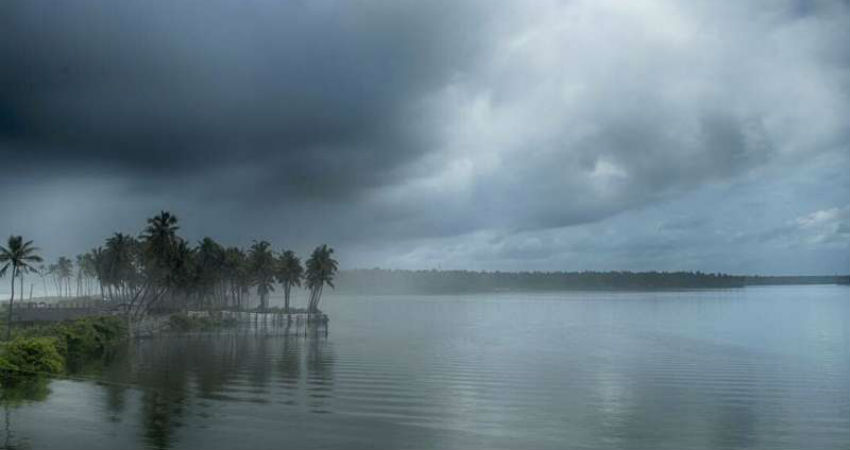 According to Mr. Jatin Singh, Managing Director, “All the four regions are going to witness lesser than normal rainfall, this season. East and Northeast India and central parts will be poorer than Northwest India and South Peninsula. Onset of Monsoon will be around June 4. It seems that initial advancement of Monsoon over Peninsular India is going to be slow.”

According to Skymet, Monsoon 2019 probabilities for JJAS are: 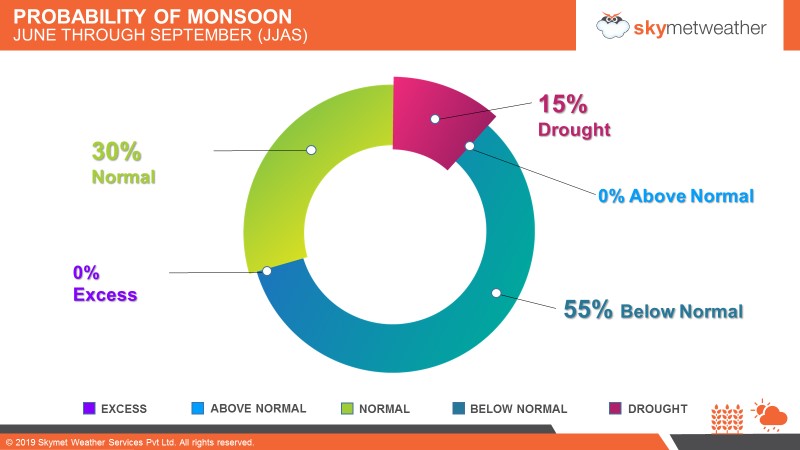 On a region-wise scale, the precipitation forecast is as follows:

The region contributes maximum amount of share and accounts for 38% of Monsoon rainfall. Geographical risk remains high for Bihar, Jharkhand and West Bengal, while marginal for Northeast India. It is likely to see below normal rains of up to 92% of LPA this season.

50% chance of below normal 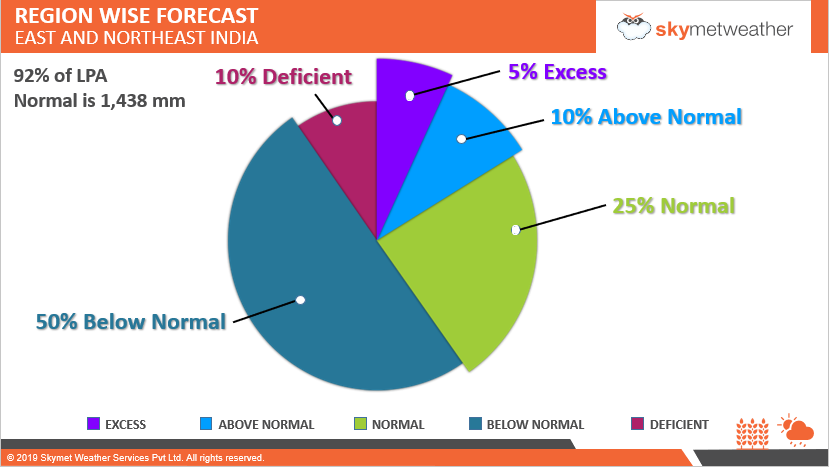 The active Monsoon duration is the least over the region. It contributes only 17% of the seasonal rainfall. The region is expected to record normal rainfall to the tune of 96% of LPA. Hilly states of Jammu and Kashmir, Himachal Pradesh and Uttarakhand are likely to perform better than the plains of Punjab, Haryana, Rajasthan and Delhi- NCR.

15% chance of below normal 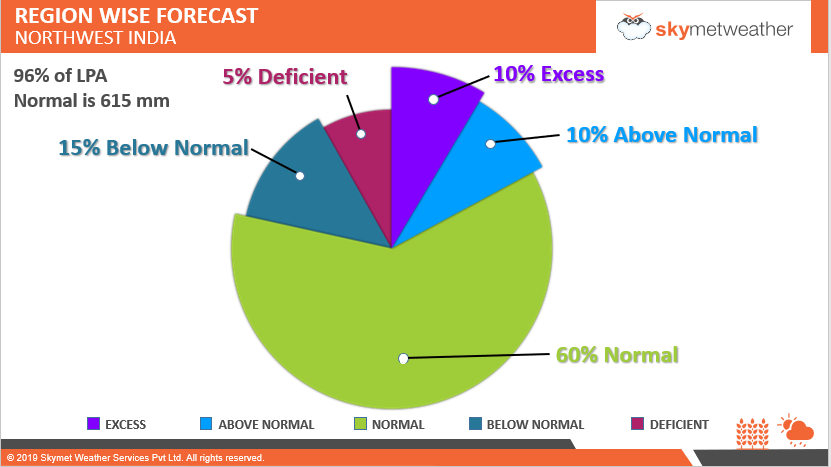 Central India records 976 mm of Monsoon rains, contributing second highest share of 26%. The region is expected to be lowest of all, with seasonal rains at 91% of LPA. Odisha and Chhattisgarh are likely to be rainiest of all, while Vidarbha, Marathwada, West Madhya Pradesh and Gujarat will be poorer than normal.

5% chance of above normal

50% chance of below normal

Peninsular India too remains at small risk this season, with the expected rains at 95% of LPA. The regional records for 716 mm of rains that accounts for 19% of the total Monsoon. North Interior Karnataka and Rayalaseema may see poor rainfall. Kerala and Coastal Karnataka are likely to perform better.

15% chance of below normal 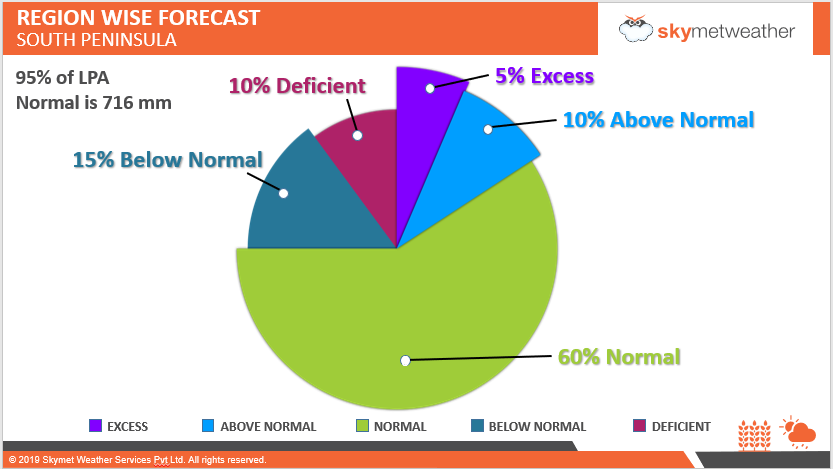