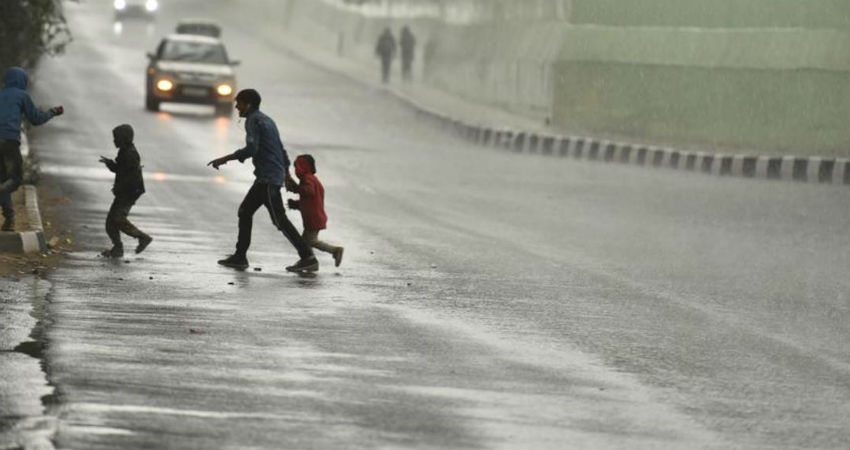 The states of Punjab, Haryana, Delhi, Rajasthan and Uttar Pradesh are going to witness the last spell of winter rain for the January month from today.

According to Skymet Weather, a fresh Western Disturbance, which is over North Pakistan and adjoining Jammu and Kashmir at present, would soon reach the Western Himalayas. This system had already induced a Cyclonic Circulation over Central Pakistan and adjoining Rajasthan. As a result of which scattered light rain has occurred in West Rajasthan during the last 24 hours.

The combination of two is expected to bring more rain and thundershowers in parts of Rajasthan by today afternoon. Gradually, the rain belt is likely to cover parts of Haryana and later Punjab as well as Delhi and NCR. Some parts of West Uttar Pradesh may also get the touch of winter rains.

The intensity might increase on January 28 and we expect fairly widespread rain to drench the entire northern plains. These rainfall activities are likely to continue until the afternoon of January 29 and thereafter would remain confined only to West Uttar Pradesh.

By January 30, due to the eastward movement of the Western Disturbance, the winter rains are expected to vacate the entire region. This movement will clear the track for icy cold north/north-westerlies, that are instrumental in dropping the temperatures.

On January 31, the minimums of Punjab, Haryana, North Rajasthan, Delhi and West UP are likely to fall by 2-3 degrees Celcius. And winter chill is expected to grip the entire region yet again.