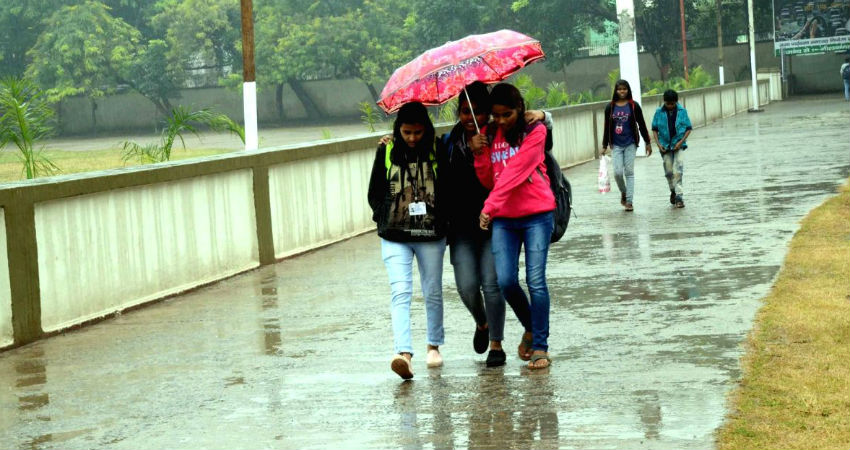 During the last 24 hours, scattered rainfall has been recorded in Southwest Uttar Pradesh. According to the rainfall data available with Skymet, Banda (which usually remains dry in January) received 14 mm of rain, followed by Fatehpur 6 mm, Hamirpur and Jhansi 1 mm each in a span of 24 hours from 8:30 am on Tuesday. Bareilly and Orai observed traces of rain during the same time frame.

Today, the rain belt is expected to cover the remaining parts of Southwest Uttar Pradesh and give light to moderate rain and thundershowers.

By January 16, as the Western Disturbance is expected to move across the Western Himalayas, we expect, moderate to heavy rain along with isolated hailstorm in many parts of West Uttar Pradesh.

The intensity of rain will peak on January 16 and districts such as Bijnor, Saharanpur, Muzaffarnagar, Moradabad, Rampur, Bareilly, Meerut, Bulandshahr, Shahjahanpur, Firozabad, Aligarh, Hamirpur and Banda may get good rain and thundershowers. A few intense spells cannot be ruled out.

The rainfall activities might also extend up to East Uttar Pradesh, probably by the late night of January 16. And there are chances of moderate rain in Bahraich, Lakhimpur Kheri, Gorakhpur, Lucknow, Kanpur, Prayagraj and Varanasi on January 17.

The month of January is turning out to be very good in terms of rain for Uttar Pradesh. So much so that East UP is rain excess by 144%, while West UP by 156%, as per the rainfall data from January 1 to 14.

And the credit goes to successive Western Disturbances, inducing Cyclonic Circulations over the northern plains along with Trough, extending up to Bihar across Uttar Pradesh, leading to rain.