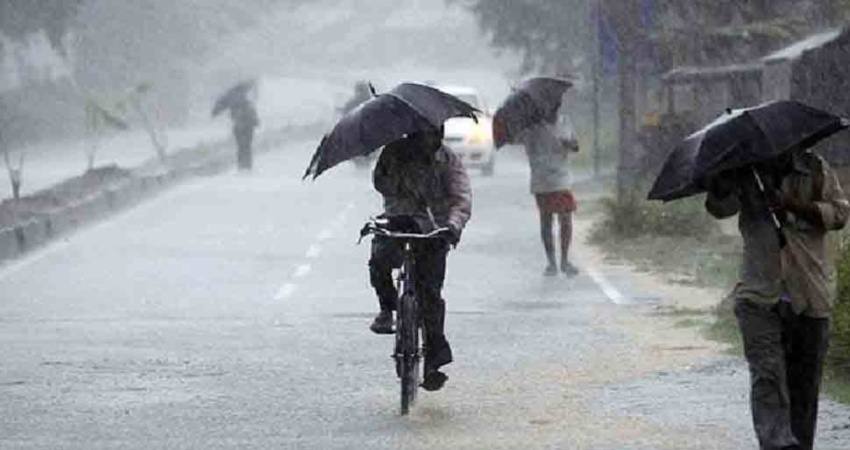 During the last 24 hours, mostly dry weather conditions prevailed over West Bengal. The days were comfortable while nights were cool. The southern parts of Gangetic West Bengal saw a slightly warmer afternoon yesterday.

Also, the northern parts of West Bengal are seeing moderately foggy conditions in the early morning hours for the last few days.

Presently, a Western Disturbance is moving away across higher latitudes. Its associated induced feeble upper air Trough is in the lower levels which is extending from eastern parts of Uttar Pradesh to North Chhattisgarh. Now, this system will be weakening and moving away east northeastwards.

Under the influence of these systems, the central and northern parts of West Bengal are likely to receive light spells of rain and thundershowers at some places during the 18 to 24 hours. Places like Malda, Bankura, Dinajpur, Shanti Niketan, Nadia, Siliguri, Darjeeling, Cooch Behar and Jalpaiguri etc are likely to experience these light rains.

Thereafter, the weather will go dry over the entire state.

Due to the presence of clouding and occurrence of precipitation, the day temperatures will decrease significantly over the entire state, during the next 24 hours.

The northern parts of Sub Himalayan West Bengal are likely to experience foggy conditions during the early morning hours of January 20 and 21.

Thereafter due to incursion of northwesterly cold winds, the night temperatures might decrease slightly in the absence of clouding and any significant system.