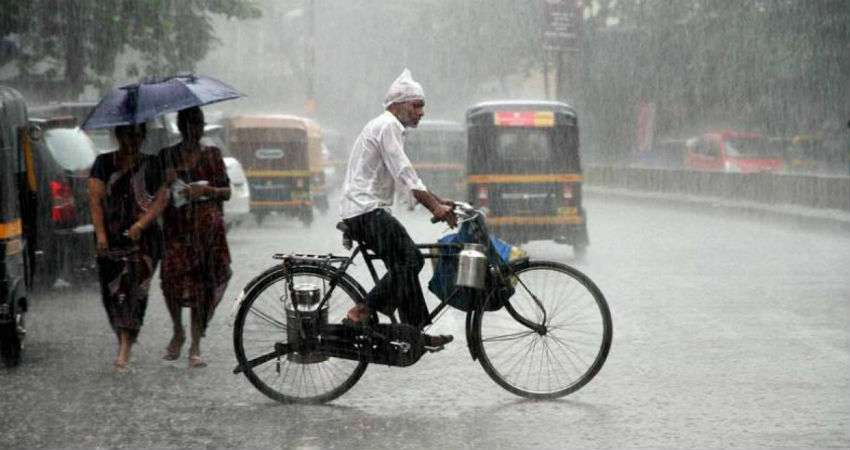 Presently, a trough is extending from Coastal Karnataka up to Kerala. Due to Severe Cyclonic Storm Vayu, the strong southwesterlies are prevailing over North Konkan. Thus, in the past 24 hours, moderate rain and thundershowers have been witnessed at many places along the west coast with few heavy spells in Kerala.

In the last 24 hours from 8.30 am on Friday, Kozhikode and Kannur recorded 118 mm and 63 mm of rains, respectively. Whereas, Mumbai’s Santa Cruz recorded 62.7 mm of rain. Significant rainfall has also been witnessed in Karwar, Mangalore, Honavar and Harnai at 100.2 mm, 91 mm, 61 mm and 43 mm, respectively.

Rain is likely to continue along the west coast with moderate to heavy in intensity over Konkan and North Kerala. These intermittent rain and thundershowers will continue in Kerala for the next couple of days. While, for the coming four to five days, Konkan would be witnessing moderate to heavy rains including parts of Mumbai.

On June 14, Coastal Karnataka received rainfall which was 74% above normal, Konkan and Goa witnessed 23% above normal rain. In Kerala rain was deficient by 34%.

The Northern Limit of Monsoon is still passing through northern parts of Kerala. The present synoptic situation shows that the conditions are now favourable for the further advancement of Southwest Monsoon 2019, which would cover many parts of Coastal Karnataka and adjoining Maharashtra soon.

Thus, we can say that light to moderate rainfall activity with heavy at few places is likely in the region for the next 48 hours.