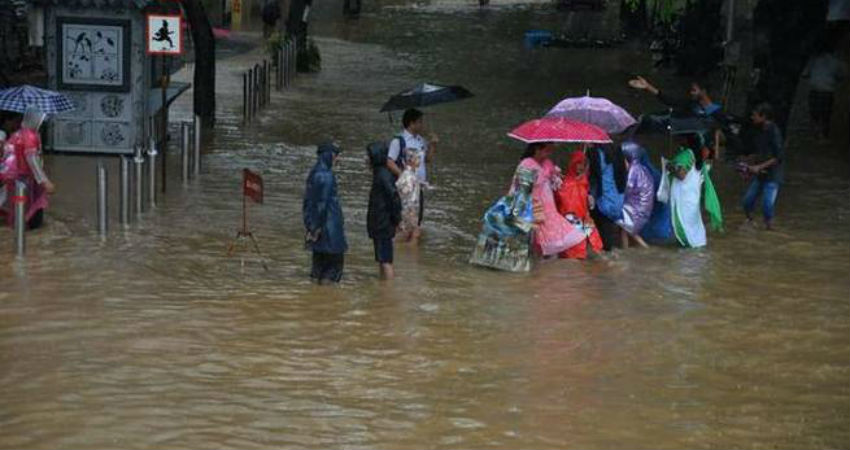 The meteorological division of Madhya Maharashtra is a lean weather pocket that is located on the shadow side of the Western Ghats. The southern areas, such as Kolhapur, Satara, and Sangli observe even leaner weather activities, with monthly rainfall averages of 209 mm, 172 mm and 89 mm respectively.

In general, the places that are situated closer to the Ghats witness a lesser amount of rainfall activities in comparison to those located at a suitable distance. However, the rain gods this season have been extremely kind for Madhya Maharashtra which include Pune, Nashik, Sangli, Satara, Kolhapur, and Mahabaleshwar. In the last couple of days, record-breaking rains have been observed in the region.

The extremely heavy rains over the pockets of Madhya Maharashtra can be attributed to the strong Monsoon surge on account of a Depression travelling across Central India till Maharashtra. The offshore-trough is also active along the West Coast (the main reason for ongoing heavy rains in Karnataka).

Moreover, all these places are located close to the Western Ghats at some distance from each other. This distance allows a great volume of water to flow down the slope in the eastward direction. The recent incessant rains have filled water bodies to their capacity and water is overflowing from almost all the canals, lakes and other major water bodies. In fact, heavy rainfall in the catchment area has surpassed the water absorption capacity of different bodies, thus leading to widespread flooding in many areas.

Before we go into the details, let’s have a look at the 24 rainfall data from 8.30 am on Wednesday for major cities of Madhya Maharashtra: 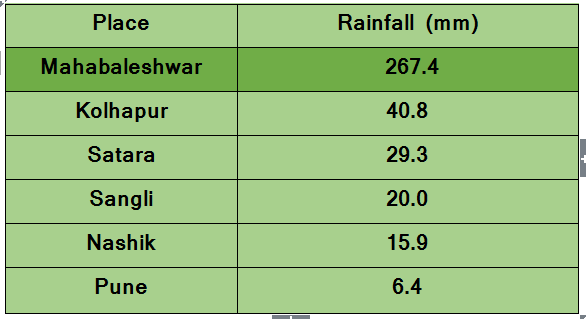 Unprecedented rains have been lashing the city of Kolhapur for the past few days. 519 mm of rainfall in the last five days has broken the all-time monthly record of 425.5, recorded in 2006. The major contribution came on August 5 and 6 when the city recorded 3-digit rainfall to the tune of 105 mm and 128 mm, respectively. Heavy downpour has resulted in a flood-like situation here. About 51,000 people in 200 villages are bearing the brunt of heavy rains in the region. With close to 340 bridges submerged in floodwaters commuting has become a serious problem here.

Recently, Satara and Sangli for three consecutive days observed more than 100 mm of rainfall. In a span of 24 from 8.30 am on Wednesday, rain to the tune of 29.3 mm and 20 mm have lashed Satara and Sangli, respectively. The monthly average rainfall of Satara is 172 mm while Sangli witnesses a normal of 89 mm. And, in a span of just 8 days Satara has recorded a whopping 405 mm of rainfall. Due to good rains nearly all the dams of both these cities are full to the brim

This Monson season has been quite different for Nashik that has received record rainfall. During the month of July, the city received 496.3 mm of rainfall which is almost three times the monthly normal of 156.1 mm. With these figures, the city broke the ten-year-old record for the month of July. It has been three years in a row now that the city has been receiving record rain in July. In the month of August too the city has been observing good amounts of rain. In fact, due to incessant rains, Nashik’s famous Trimbakeshwar temple was all flooded recently.

Incessant rains continued to lash Pune city on Wednesday. As a result, massive waterlogging was reported from several places.  The rainfall figures have touched a new height in the city. According to the data available with Skymet, Pune recorded a whopping 363.4 mm of rain during the month of July against the normal of 187.2 mm, which is a ten-year-old record for the month of July. In fact, Tamhini Ghats in Pune has outperformed the rainiest city of India, Cherrapunji. From June 1 to August 6, Tamhini Ghats has recorded a whopping 5939 mm of rain.

According to our meteorologists, moderate rains with few heavy spells will continue to lash Mahabaleshwar, Sangli, Satara, and Kolhapur for the next two days. However, the Monsoon rains would remain slightly on the lower side in Pune and Nashik.

After two days, we expect the rainfall intensity to go down to some extent. But with water bodies overflowing, it would take some time for floodwaters to recede and the situation to come under control in the entire region.