Twin Low-Pressure Areas in the Bay and the Arabian Sea to keep Monsoon active, withdrawal moves into October 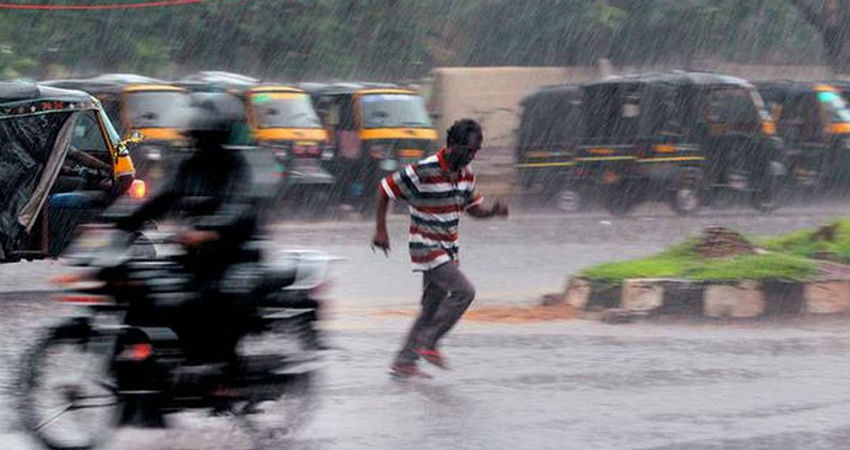 Low-Pressure Area is a key driver in bringing rains during the Monsoon season. They are formed on both the sides, Arabian Sea and the Bay of Bengal. Towards the fag end of September, the frequency of these systems generally dips. However, this isn't the scenario this time.

Like for instance, Cyclone Hikaa just vacated the Arabian Sea. The Cyclonic Circulation which was over south Maharashtra coast and adjoining areas of Goa-Karnataka and the east-central the Arabian Sea has now intensified into a Low-Pressure Area and is over the Arabian Sea off Gujarat and Konkan coast.

This system is quite well marked and is supported by an organised Cyclonic Circulation and it has already given widespread rain activities with isolated heavy spells over Gujarat, Konkan region and Saurashtra region.

This system is likely to persist as a Well-Marked Low-Pressure Area accompanied by an organised Cyclonic Circulation. In the subsequent 48 hours, we can expect more rainfall activity over Gujarat especially for the next three days. Rain is also likely over the Southeastern parts of Rajasthan, Konkan region and Southwest Madhya Pradesh during the next 48 hours.

We can say that until September 30 fairly widespread rainfall activity with isolated heavy showers can be observed in the region. Thereafter the rain will start to taper.

The presence of this system is certainly obstructing the withdrawal of Monsoon and we are already at the fag end of the September month.

These activities very clearly indicate the Monsoon withdrawal extending into the second week of October.

With this weather system to persist in the Arabian Sea, a Low-Pressure Area is likely to form over North Bay of Bengal and neighbourhood around September 28 and is likely to become more marked during the subsequent 48 hours.

Yet another Low-Pressure Area in the Bay of Bengal

At present, the Trough is extending from western parts of Uttar Pradesh to Sub-Himalayan West Bengal across Bihar. A Cyclonic Circulation is also over North Bay of Bengal which will eventually intensify into a Low-Pressure Area in the next 48 hours or so. This system too will be supported by a well-marked Cyclonic Circulation. Generally, during this time the systems don’t travel northwestward, and they recurve, which dictates the withdrawal procedure as well.

Since this system will be close to the proximity of Bihar, Jharkhand, Odisha, West Bengal, Assam, Meghalaya, Mizoram, Tripura, and Bangladesh, therefore good rains are expected over these regions. Thus, in wake of this system brewing in the Bay of Bengal parts of East, Northeast India along with Bangladesh are very likely to see moderate rains with heavy spells at isolated pockets.

The entire East and Northeast India is deficient as of now. Possibly the upcoming system along with the recent rain in Uttar Pradesh and Bihar will help in pulling down the deficiency levels.

The Monsoon season will end on September 30 and any rainfall activity post this date will not be counted under the Monsoon season. However, these rains will help in bringing some respite to the deficit regions.