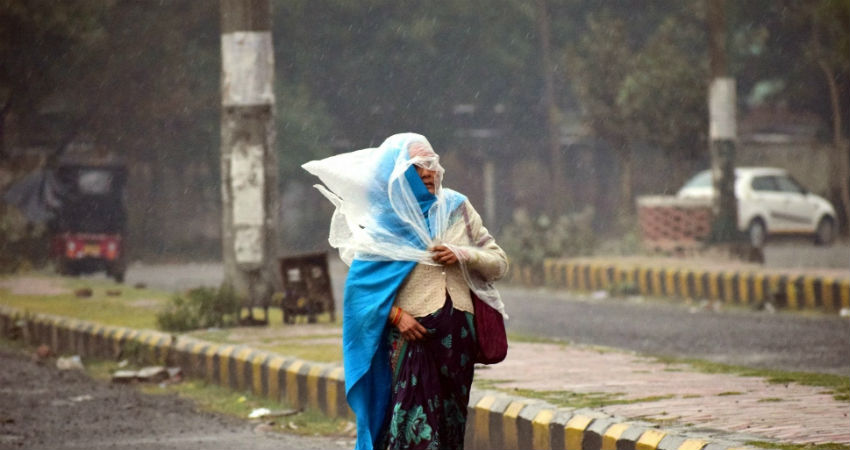 The state of Uttar Pradesh is gearing up for the fourth spell of winter rain and thundershowers commencing today.

According to our meteorologists, the fresh Western Disturbance over the Western Himalayas would be responsible for giving moderate to heavy rain in Northwest and West Uttar Pradesh until the evening of January 29. Many districts of East Uttar Pradesh are also likely to witness light to moderate rain and thundershowers for the next 48-72 hours.

These activities may continue until January 29. Thereafter, the weather systems would fade away and the weather may once again go dry. Post this, the flow of cold north-westerlies would resume, leading to a drop in the minimums.

Uttar Pradesh has seen three spells of winter rain so far (in the month of January). The first two during the beginning of January and later between January 14 and 18. Back to back Western Disturbances have given 181% excess rainfall in West UP since the beginning of the month until now. (rainfall data from Jan 1 to 26).

Surprisingly, the winter activities have also covered East UP this time, which generally observes dry weather as it remains beyond the reach of the weather systems. However, due to good amounts of rain, the region is also rain excess by 156% (Jan 1 and 26).