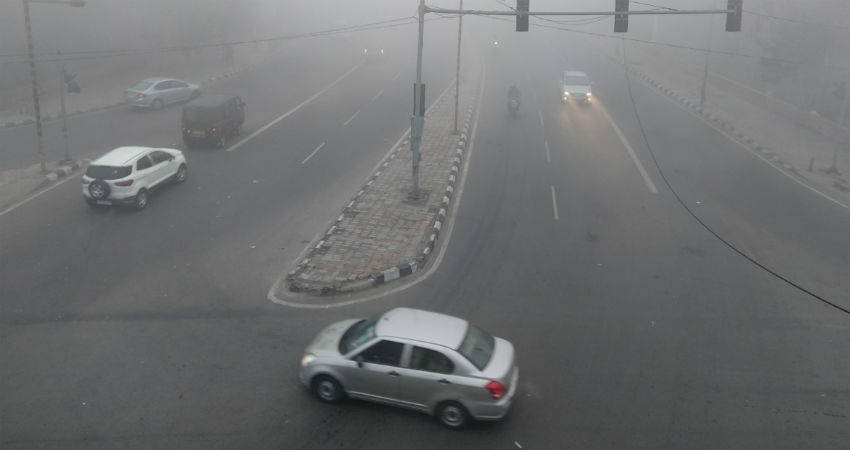 The Northwestern Plains of our country has witnessed widespread rain and thundershowers in the past two days. These rains have been in wake of a Western Disturbance which was over Jammu and Kashmir and its induced Cyclonic Circulation over Rajasthan and its adjoining areas.

In the past 24 hours as well, widespread rain and thundershowers have been witnessed mainly over the parts of Punjab, and North Haryana. Like for instance, Ludhiana recorded 15 mm of rainfall, Patiala 4 mm, Ambala 16.4 mm, Chandigarh 4 mm, and Karnal 8 mm of rains.
Along with this dense fog was a sight over North Rajasthan adjoining Haryana and parts of Punjab. Very dense fog was observed in isolated pockets over West Rajasthan.

Also, in the past 24 hours, Delhi’s Safdarjung observatory recorded maximum at 18.7 degrees which was five degrees below the normal. Similarly, Agra also witnessed a drop of five degrees and recorded day temperature at 19.8 degrees.

During the next 24 hours, we expect rain and thundershowers to continue with reduced intensity mainly light over Punjab, North Haryana, and adjoining Northwest Uttar Pradesh. As per the experts, it is very likely that by today evening the weather will start improving.

Cold day conditions are also expected mainly over Punjab, North Haryana, North Rajasthan, and Northwest Uttar Pradesh. The conditions with time improve as northerly/ northwesterly winds from the snow-clad mountains will start blowing over the plains of our country by today afternoon.