Koalas suffering from Australian Bushfire, rumor about extinction not true 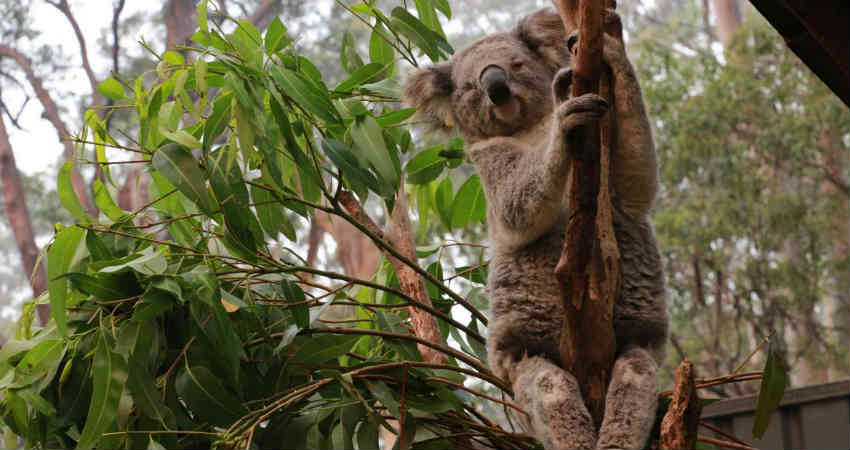 Australia has been experiencing record-breaking drought and bushfires, and in wake of this koala populations have diminished along with their habitat, leaving one group claiming the species which is functionally extinct. However not all koala experts accept this claim.

Deborah Tabart, the chairman of the Australian Koala Foundation has estimated that over 1,000 koalas have been killed from the fires and 80 percent of their habitat has been destroyed.

As per the Australian Koala Foundation, the recent bushfires have led to koalas becoming “functionally extinct”. However, this doesn’t hold true. “Functionally extinct” refers to when a species no longer has enough individual members to produce future generations or play a role in the ecosystem.

When it comes to fire, everything seems to be stacked against koalas. Their only real defense is climbing higher into the eucalyptus trees where they make their homes and consider it to be a little defense at all in a raging forest fire.

An adult koala generally eats up to 2 pounds of eucalyptus leaves per day as its main staple of nutrients. While eucalyptus plants grow back after a fire, it will take months, leaving no suitable food source for koalas and starvation seems to be a scenario for many.

The Koala Protection Act would work to protect habitats and trees vital to koalas as well as protect koalas from hunting.

Recent viral videos of Australians rescuing koalas has led to increased donation to support hospitalization and help for burned koalas.

Part of their effort is to install drinking stations for koalas in areas devastated by the fires. The funds will also be used for a “Koala Ark” as a refuge for burned koalas to live in a healthy habitat during rehabilitation.