Cat 5 Hurricane Dorian to get dangerously close to Florida, Georgia, and Carolinas to be impacted 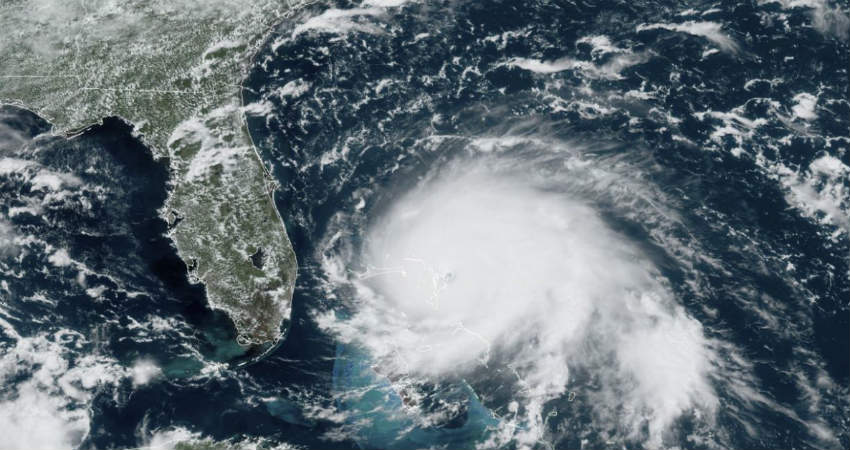 Hurricane Dorian which has now become a Cat 5 storm hitting the Bahamas with the highest intensity has been a peculiar one. It has been difficult to predict the track and intensity of the storm making it one of the most peculiar storms. Initially, Dorian was supposed to hit Florida, after which it seemed that the storm will head towards Carolina.

In the Bahamas, 13000 houses have either been destroyed or been damaged severely. 19 million people have been impacted by the storm with 50,000 likely to need some aid in Florida, Georgia, and Carolina depending on the impact of Dorian.

However, after the Bahamas, now Dorian is dangerously close to Florida and is also likely to impact Georgia, and Carolina all involved. In fact, Florida remains boarded up to brace the impact of the highest category storm as sometime tomorrow, Dorian will come close to Florida. The storm continues to pack winds up to 270-280 kmph and is moving at a speed of 1.6 kmph.

Its slow speed is worrying as the hurricane is almost crawling, hence spending more time in the region, giving more rainfall and ferocious winds over one part with wind speed gusting up to 300 kmph.

Areas of Florida, Georgia, and Carolina should remain at alert. Due to its slow movement and sea travel, Dorian may or may not make landfall all week if it follows the current track. However, strong winds and heavy rains, storm surge are likely to cause major damage in Florida, Georgia and the Carolinas.

In fact, storm force winds are already being felt.

The reason as to why so much prediction error has been seen is that even the tiny errors committed at early days will create a massive difference over 5 days, which means that tiny error will have bigger consequences in terms of distance. If a mile or two is predicted differently, over a period of five days, it creates a difference of 250 miles. Whatever model is used for the forecast, it is important to factor in some human touch to finalize the prediction

Moreover, even the best of model predictions will have a gap of 6-7 hours, which will make it difficult for real-time tracking. In fact, this is when radar and satellite pictures come into play.

Usually, when a storm does not have life-threatening impacts, the name is again used. A storm Dorian had also formed in 2013 and the name was retained as it didn't cause much damage. The storm causes massive damage, the names of those that are not used.