11 Thumb Rules that decide the origination and ferocity of Cyclones 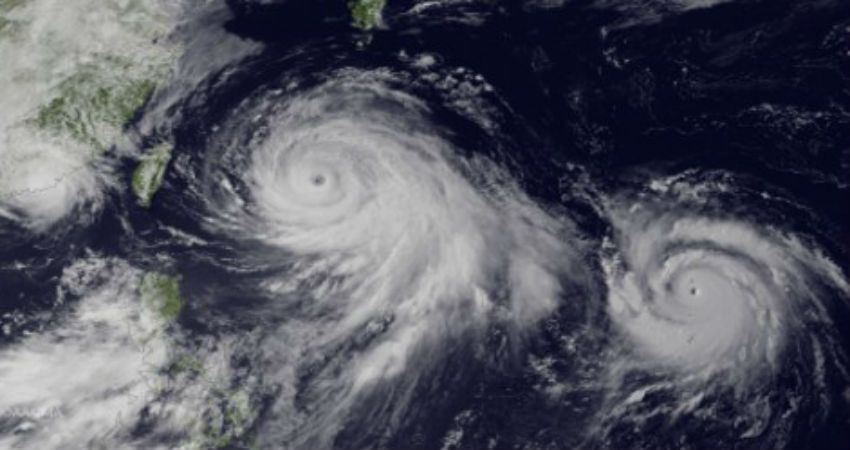 We are into the storm season wherein all the oceans across the Globe are active basins at present for formation of storms, be it typhoons in the Pacific Ocean, Hurricanes in the Atlantic Ocean or Cyclones in Indian Seas. For the Pacific and Atlantic, storm season officially lasts until November, however, there are no bounds as such. Meanwhile, Indian seas remain at their peak for formation of Cyclones in November, and even December at times sees some storms.

There are a few thumb rules for the formation of storms, right from their speed, strength and their impact. Check out the following:

Winds: The winds are the most concerning when it comes to storms. Winds achieve the dangerous status the moment they start touching 60 kmph or more. All storms are accompanied with rains and high-speed winds, which at times go in excess of 60 kmph increase the damaging potential of the storm.

The eye of the storm has a strong wind around it, the extent of which decides its diameter. This diameter of strong winds around the centre of storm varies from storm to storm. The diameter of this windiest area makes a lot of difference.

Some storms are very compact ones, and could be about 200-300 kmph whereas some are expansive, and go beyond 500 km. If the extent is large, duration of the storm increases with stormy conditions beginning early and stretching to a long while and thereby, affecting a larger area. Therefore, in a nutshell, winds also decide the category of the storm.

Strength of storm: The pressure keeps dropping over the eye area, in fact, the centre of the storm sees a significant drop in the pressure. During this season, normal pressure over sea surface is to the tune of 1010-1015 hpa. However, once these storms form, these pressures start falling rapidly.

Location: If successive storms strike the location within a short span, the danger over that particular area is more. Before Typhoon Hagibis, Faxai had struck Tokyo within less than a month. Thus, time needed to recover from the damage wasn’t given. Thus, in a situation like this, storms cause more damage.

Typhoons cause a lot of devastation in terms of causing danger and damage to infrastructure and recovery time is needed. Also, if location is a heavily populated area, and has infrastructure, damage is more, while if the area is a remote one, not much damage is seen.

Timings: All storms that form, inundation takes place on account of how high the surge is. This surge in addition to what it is with the storm, there are also new and full moon days. Thus, in case of a new moon or full moon days, there is an increase in the surge by a couple of feet. Thus, a 12 feet surge will cause less damage as compared to a 16 feet surge. This means, that the inundation damage caused by a storm increases exponentially, just on the basis of its coinciding with moon dates.

Whenever storms strike, day and night make a lot of difference and it is always less damaging during the day as compared to the night. It is not possible to artificially create day light and rescue and relief operations take a big hit in the night. From the time a storm strikes, 12 hours matter the most, and if it is at night, damage is way more

Speed: Normally, anytime if the storm is moving slowly or stationary, it means that it is gathering speed and intensifying. Slow moving storms become stronger, as they keep on gathering energy and even if it is stationary, it gathers more energy. These storms become almost stationary before re-curvature. Thus, slowing down and stationary nature of the storm dictates that it is gathering energy and increasing its damaging potential. After re-curvature, they have a tendency to pace up

Eye of Storm: The eye of the storm forms when pressures are very low because of centrifugal force, there is a vacuum in the centre of the storm, which also happens to be a cloud free zone with calm conditions prevailing inside. The size of the storm could be very small around 20 km, and even big at 50 km. Normally, we do not find the eye beyond 100 kmph.

Poleward Movement: Storms generally move poleward. Any poleward movement of the storm means that they are gaining latitudes, which is necessary for the storm in gaining strength. If it goes equatorward anywhere in the ocean, the storm is not likely to intensify, and in fact leads to weakening and decay.

Steering Winds/Current: The tracks of storms vary a lot, and many times defy the conditions. Some storms make a loop, some retrace, and some manage to stay on their path. This track depends on what the steering winds are, in the extreme high levels, which is above 9 km.

Intertropical Convergence Zone: There are some basins across the globe, which happen to be very active in terms of storms, some are less active while some basins do not see storms at all. In fact, South Atlantic Ocean is a storm free zone as no storms form here, reason being that the Intertropical Convergence Zone (ITCZ) does not shift to this region. The ITCZ is the primary source for the origination of disturbances, which further become storms. The most active basin for storm formation is the Western Pacific Ocean followed by Atlantic Ocean, and Indian Ocean.

The complete dynamics of the storms are difficult to read even as of today. Therefore, the estimate sometimes, may not be as accurate as required to be. That is where all storms are not predictable and notorious, also known for defying the tracks, timelines as well as intensity.