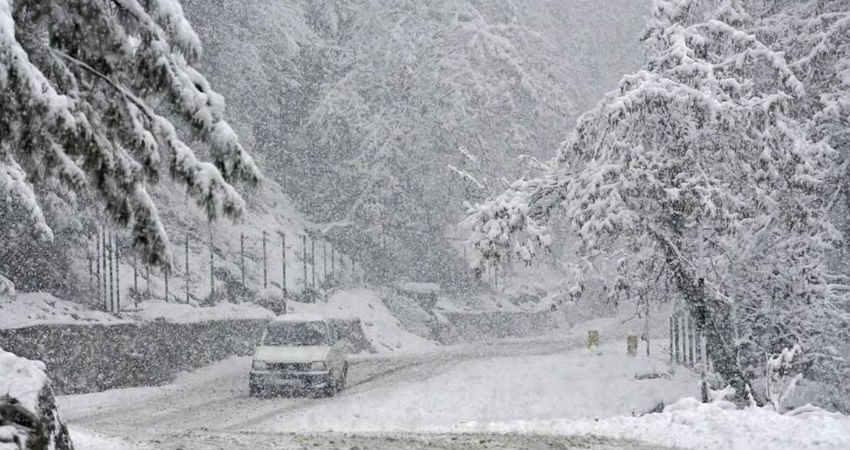 The Western Disturbance has been giving heavy rain and snow in Jammu and Kashmir, Ladakh, Himachal Pradesh and Uttarakhand for the past two days. Heavy snowfall has been recorded in Shimla during the last 48 hours. Many other popular destinations such as Kullu, Manali, Kedarnath, Srinagar as well as the Vaishno Devi Shrine have been covered by thick snow. In fact, contact with many remote areas has been cut off due to fresh snow accumulation.

According to Skymet, although the system has started moving away eastwards, we do not expect much improvement in the situation for at least a week. As per the weather models, back to back Western Disturbances are going to hit the northern hills, resulting in more rain and snow.

The present system is expected to make an exit by today following which the weather is likely to remain clear for next 24 to 48 hours. However, another WD (though feeble in nature) may approach on January 24 and bring rain/snow for Jammu and Kashmir, Ladakh and Himachal Pradesh on January 24 and 25. The state of Uttarakhand stands a chance to observe light snowfall on these two days.

As the feeble WD continues to give activity, another system of strong nature is likely to hit the Western Himalayas around January 27. This system might result in fairly widespread rain and snow in all the hilly regions for another two days.

In fact, the effect of this strong WD would also be seen over the northern plains in terms of rain and thundershowers. Punjab, Haryana, Delhi, West Uttar Pradesh and North Rajasthan are likely to see winter rains by the end of the month.