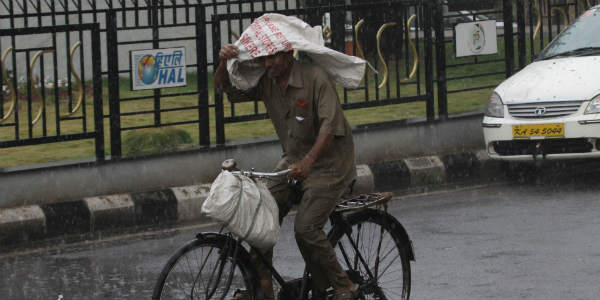 Pre-Monsoon rain in Bengaluru are all set to return on Monday evening. According to Skymet Weather, intense thunderclouds are already seen hovering over the city, with rains and thundershowers are likely to follow soon. Cool breeze has already started blowing, making the weather pleasant.

Clouding is more intense over southern parts of the state capital. The weathermen are expecting some heavy spells over South Bengaluru, while other parts would also see good showers. 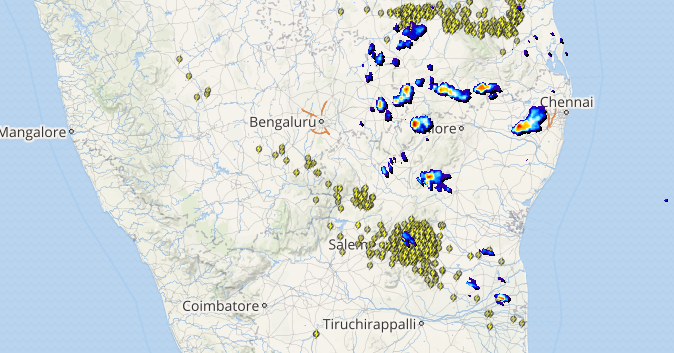 These rain and thundershowers can be attributed to the trough running across South Interior Karnataka and Tamil Nadu. This is a semi-permanent feature during the pre-Monsoon season, which keeps oscillating east to west and vice versa.

Along with this, a confluence zone can also be seen over the region, which would further enhance the weather activities.
These approaching weather activities would bring much relief from the ongoing warm afternoons.

Though started on the weaker note but pre-Monsoon rains picked up pace during April. So far, in the month, the city has seen three spells of good rains, wherein city had recorded 8 mm, 17 mm and 21 mm of rainfall on April 9, 18 and 19, respectively.

With this, Bengaluru has already surpassed its monthly average rainfall that stands at 41.5 mm. More spells of rainfall would be an added advantage, in terms of excess rainfall.