Chittorgarh, Udaipur, Mount Abu and Barmer to get good Monsoon rains until August 28 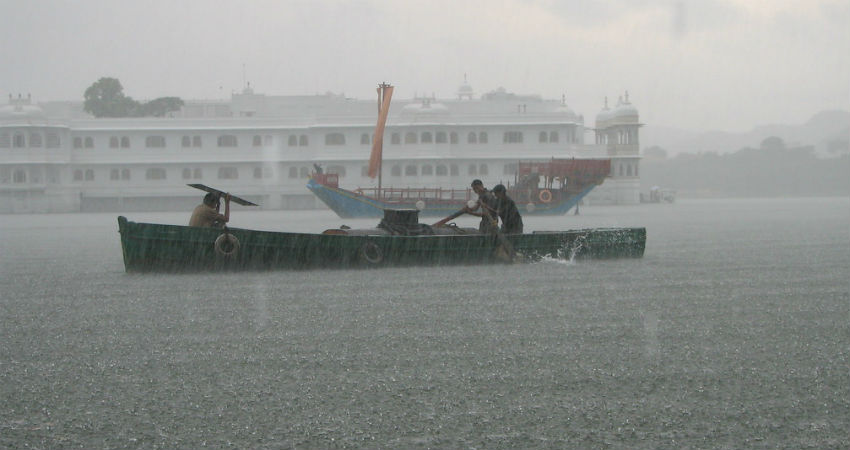 Good rains have returned to the eastern districts of Rajasthan. The city of Ajmer observed 35 mm rains in the last 24 hours from 8:30 am on Sunday, while many others received light rains with one or two moderate spells. As many Monsoon related weather systems are lying in the close vicinity of the state, we expect good rains to continue in Chittorgarh, Udaipur, and Barmer until August 28.

According to Weathermen at Skymet, the western end of the axis of Monsoon Trough continues to shift southwards towards Rajasthan. Moreover, the Low-Pressure area which is over Northeast Madhya Pradesh at present will move in the westerly direction, thus coming closer to the state. In addition to these two systems, a Cyclonic Circulation is persisting over Northeast Arabian Sea, which is feeding the moisture in the form of humid winds.

The combined effect of these systems would increase the rainfall activities in Rajasthan. Thus, we expect moderate rains with one or two heavy spells to lash East Rajasthan for the next two days.

Thereafter, rains will taper over West and North Rajasthan, but southeastern districts of the state such as Chittorgarh, Udaipur, Mount Abu, Rajsamand, Dungarpur, Barmer, Pali, etc will continue to get good rains until August 28.

By August 29, rains will once again taper over the entire state and continue with the light intensity only then.