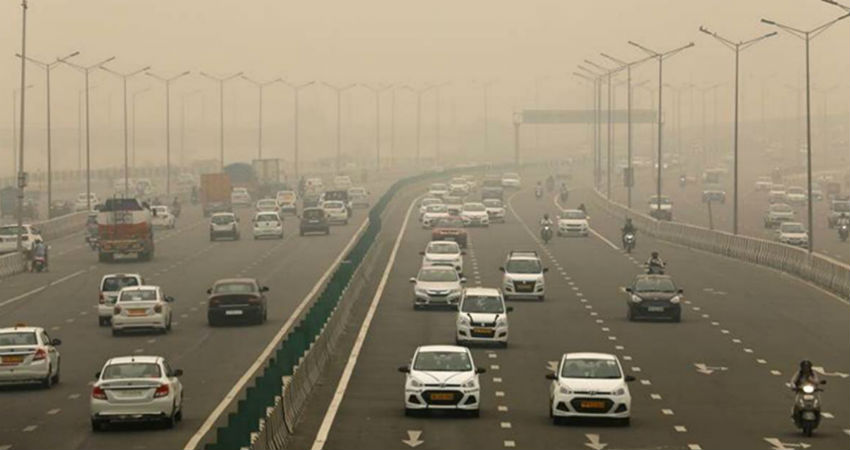 Right after Diwali, Delhi and NCR have been witnessing one of the worst Air Quality of this season. On November 2, many areas of Delhi and NCR recorded hazardous Air Quality Index (AQI) levels wherein PM 2.5 crossed the mark of 1000. Although pollution levels have lowered today still AQI is around 588.

Yesterday evening the AQI crossed the 700 mark. The winds picked up pace from the evening of November 2, but they failed to decrease the pollution. Various reasons can be linked to the same. On November 2, patchy rains were seen over parts of Haryana, Rajasthan, and Delhi –NCR.

These rains were not heavy, continuous in nature and were not a widespread activity. Therefore, they failed to wash away the pollutants. On the other hand, these rains increased the humidity levels that have resulted in the formation of shallow fog. Low visibility due to smog at the Delhi airport led to a diversion of 37 flights.

The odd-even scheme in the national capital kicked in from 8 am today as pollution levels peaked to a three-year high in the Capital and a thick smog enveloped the city.

In order to curb pollution, Delhi Chief Minister Arvind Kejriwal on Monday urged citizens to support the odd-even vehicle rationing scheme, in which only even-numbered non-transport vehicles allowed on Delhi roads on the first day of the exercise.

The good news is that the rains are expected to commence over the Northwestern Plains especially over Punjab, parts of Haryana and West Rajasthan on November 6. By November 7, many parts of Haryana, East Rajasthan as well as Delhi and NCR will witness rain and thundershower activities. It is likely to be a widespread activity with light to moderate showers in sight.

These rains will be due to the interaction of a Western Disturbance and the influence of Cyclone Maha and it will reach the Gujarat coast. Due to this, humid winds will reach up to Northwest India.

Thus, we can say that significant relief in pollution levels is foreseen in wake of the upcoming rains. Till then Delhiites will continue to inhale toxic air.