Floods in Madhya Pradesh kill over 200, 36 out of 52 districts affected 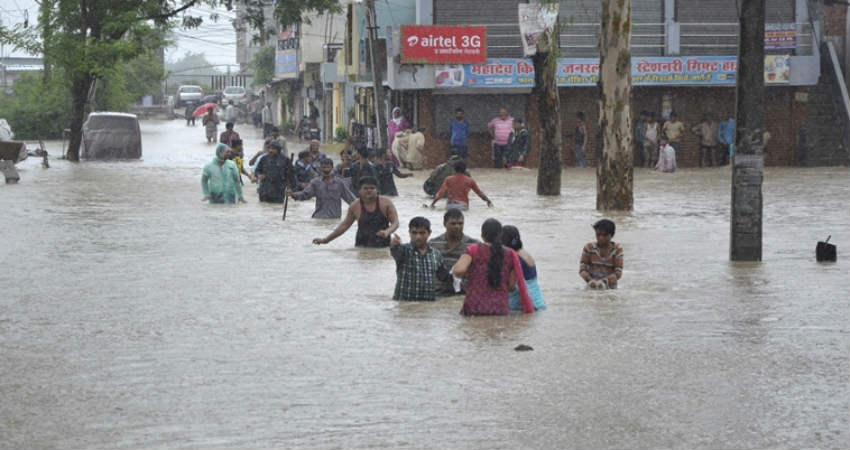 Flood situation in the state of Madhya Pradesh has reached an alarming stage with several lives lost and massive damage to property, crops as well as the entire populace in the state. Monsoon mayhem continues to affect the state with at least 220 lives being lost. 32 others have been injured.

Out of 52 districts in the state, at least 36 have been affected by flooding rains. Army, NDRF, SDRF, have been carrying out the relief and rescue work.

At least 45000 people have been evacuated from flood hit areas and shifted to about 150 relief camps that have been set up. Relief operations are going on in affected areas of Mandsaur, Neemuch, Ratlam, Agra-Mala, Sheopur, Damoh, Raisen, Ashoknagar, Bhind and Shajapur with the government providing aid of Rs. 100 crores.

At least 10 thousand houses have been damaged partially with over 200 houses being completely destroyed.

Moreover, the crop loss damage has been assessed to the tune of Rs. 8000 crores as six to eight lakh hectares of land has been damaged. Damage to houses, buildings and roads have amounted to up to Rs. 2000 crore. These figures are likely to go up as it will take at least 20 days to make the assessments.