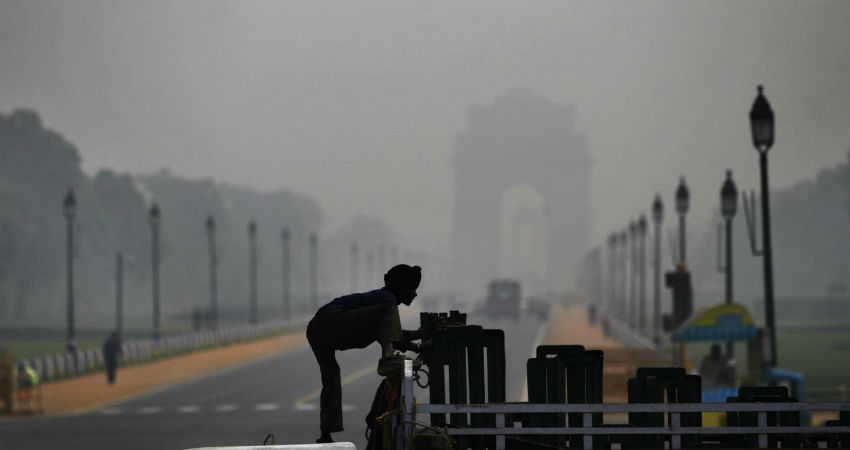 It has rather been a fog-free February for Delhi so far. Although, after January the density significantly reduces, fog continues to persist at least in some pockets. But, it’s been nearly 13 days and no instance of dense fog has been reported so far.

The main reason for this is the absence of any significant rainfall activity. In the absence of rains, the humidity is low. Moreover, the moisture content is less. Also, the dry and cold strong winds are prevailing which are not allowing the layer of fog to settle down.

Continuously rising temperature in Delhi is another factor why fog-formation has remained absent in the region until now.

According to Skymet Weather, day and night temperatures in Delhi are expected to increase further during the next 48 hours. Moreover, in the absence of rain and the presence of strong winds, we do not expect moderate to dense fog to appear in Delhi and NCR for another two days.

Although there has been a Western Disturbance over the Western Himalayas, it has confined weather activities only to the hills. While it has miserably failed to affect the northern plains except for a slight change in the wind pattern.

In near future also, we do not expect any rainy episode in Delhi and NCR despite feeble weather systems making an appearance. Hence, dense fog is completely ruled out. The speed of wind may reduce to some extent after the passage of current WD leading to shallow fog in some areas post-February 15. But, nothing significant is likely to be seen.

Weather on Twitter
#Valentine’sDay is round the corner, do you finally plan to pop the question during the season of love? t.co/BLgOFi9QdN
As of today, #Amritsar in #Punjab is the coldest city in the plains of India, with its morning temperature settling… t.co/bR9mumJcrJ
#Delhi along with adjoining areas of #Noida, Gurugram and Faridabad would continue to witness strong surface winds.… t.co/j5t2FeYk8P
Minimum temperatures have too started settling in double figure, where in #Delhi saw night temperature at 13.7 degr… t.co/zrdTRXbhTH
We have a few ideas for you to visit these romantic and fun places to enjoy some warmth without the layers. After a… t.co/MWX58kJNkt
While #winters may be troubling you a little, all you need to think about now is the season of love. If you are sti… t.co/lKZ2GMhYSR
As a matter of fact, the #PineIslandGlacier, along with its neighbor #Thwaites Glacier are two major glaciers conne… t.co/G5c94BRfPD
Dry weather will prevail over rest parts including #HimachalPradesh, #Uttarakhand, #Punjab, #Haryana, #Rajasthan,… t.co/m3xYXBhL9m
As #Coronavirus continues to spread like a wildfire, the #Kolkata airport saw two suspected cases during the therma… t.co/e6roHKKAmg
मध्य भारतात, बहुतेक भागांमध्ये कोरडे हवामान होण्याची शक्यता. तापमानात वाढ होण्याची शक्यता आहे. ओडिशाच्या किनारपट्टी… t.co/3PUKb6PRgV
Follow us @skymetweather

An iceberg the size of Atlanta calves off glacier, escalates fears of global warming worldwide