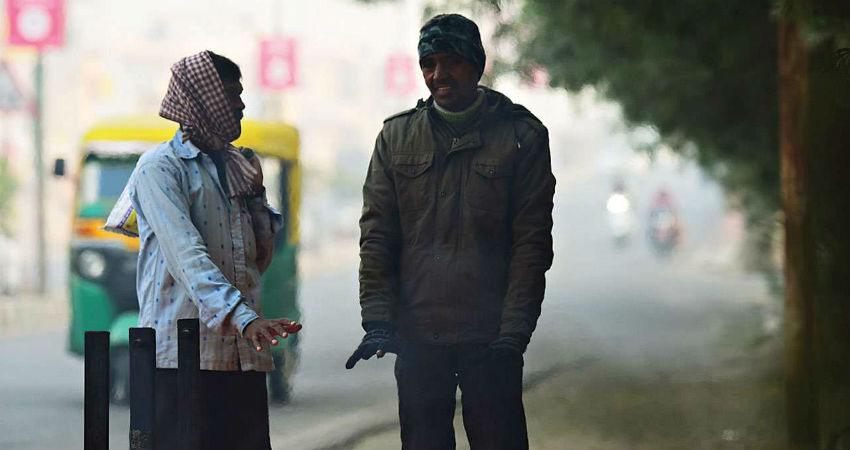 It has been colder than normal Winters for Gujarat so far. The state has already witnessed three cold spells and is gearing up for the fourth one, commencing from January 23, expected to continue for the next two days.

As reiterated by Skymet, the weather of Gujarat is governed by the activities in North India.

At present, a Western Disturbance is affecting the northern hills in terms of rain and snow. But, because this WD is not a very strong one, it has failed to impact the plains of North India (barring a few pockets of Punjab and Haryana). And in the absence of any significant activity in the northern plains, the temperatures in Gujarat have remained unaffected in the last few days.

The system, however, is a fast-moving one, expected to clear the track for cold northerlies after the next 24 hours. The icy cold winds after sweeping Northwest India are expected to reach the central parts of the country such as Gujarat and adjoining region by January 23.

Thus, a significant drop in the temperature would be noticed. In fact, the minimum may slip to settle in single digits in North Gujarat and Kutch during this three-day cold spell.

Thereafter, the wind direction is expected to change again due to the approach of another Western Disturbance. This time, the system is likely to induce a Cyclonic Circulation over parts of Rajasthan and bring rain for the northwestern plains. The rain belt might cover parts of Central India as well and give light rain in Saurashtra and Kutch on January 28.

The state of Gujarat generally remains free of weather activities, be it fog or rain/thundershowers throughout the Winter season (barring a few occasions where multiple systems develop). Thus, it is only the fluctuation in the temperature that defines the momentum of Winters.

In the last three weeks, the state of Gujarat has seen three cold spells. First from December 28 to January 3, second from January 9 to 10 (short cold spell) and third between January 15 and 19, wherein many districts in the state reported season’s lowest temperatures.

In fact, not only the interiors of Gujarat but also the coastal stations had observed minimum slipping to single digits during this period. For instance, the mercury came down to 7.6 degrees Celsius in Porbandar on January 18. While Naliya saw minimum settle at a freezing 3.4 degrees Celsius. Other cities like Ahmedabad and Rajkot reported minimum of 9 degrees Celsius and 7.4 degrees Celsius, respectively.