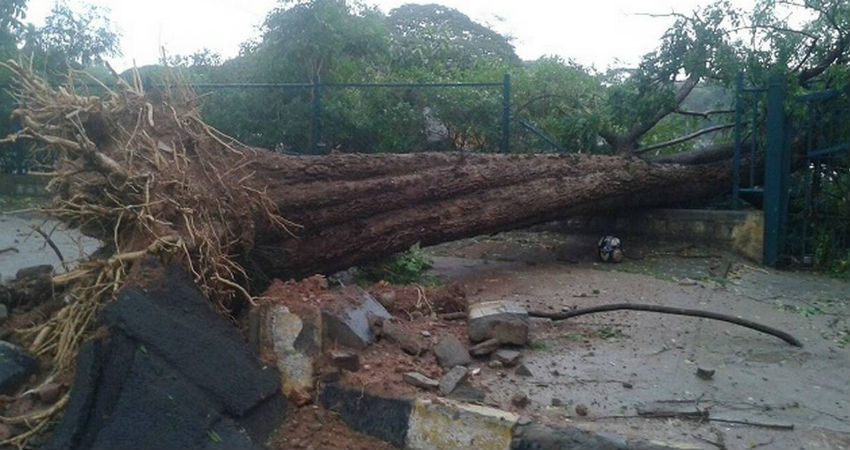 The city of Pune has been witnessing rains of varied intensity for the last few days. Moreover, yesterday, very intense rains did make an appearance over the city, which were at its peak around 6.00-7.30 pm.

In fact, these intense showers also resulted in traffic jams and water logging in some parts of the city. 50 trees collapsed in several parts of the city in view of inclement weather while one bus driver lost his life after he parked a service vehicle of PMPML on the side and an uprooted tree crashed into the van.

It is the fifth consecutive day for the city of Pune wherein rains have been lashing. Now, the Cyclonic Circulation which was over Madhya Maharashtra has moved over to East Arabian Sea adjoining Konkan. Also, the offshore trough is extending up to Coastal Karnataka.

Today, isolated rains and thundershowers may be seen over Pune around late afternoon and evening hours. Intensity will increase tomorrow and day after tomorrow. Thereafter, rains will start reducing and gradually take a backseat.