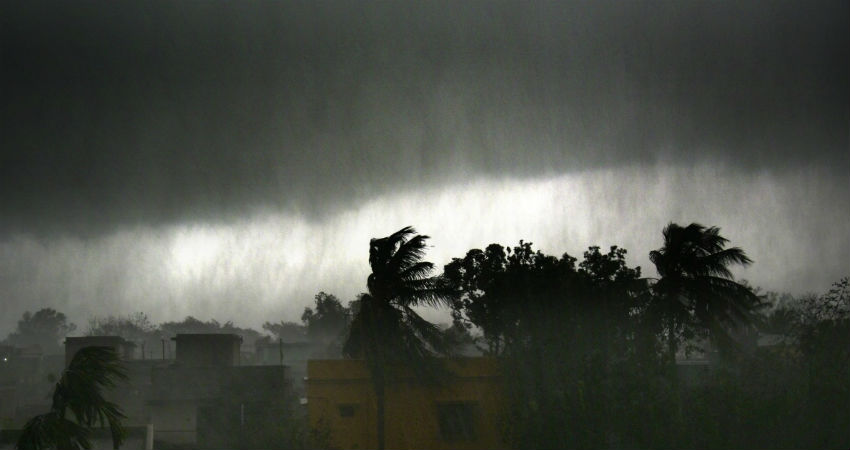 The Monsoon Trough has become active which at present is running from Northwest India to Daltonganj, Bankura, Digha and then towards the Bay of Bengal. A Cyclonic Circulation has developed South of Bangladesh and adjoining Gangetic West Bengal up to 3.1 km. The system is tilting southwestwards with height.

In the last 24 hours, Gangetic West Bengal mainly Kolkata has received very heavy rains. For instance, 137.6 mm of rain has been recorded in Alipore in a span of 24 hours from 8.30 am on Friday. The Dum Dum observatory also recorded heavy rains to the tune of  90.3 mm during this period. The rainfall amounts recorded at Alipore has been the highest after August 8, 2011, when 142.9 mm of rain was observed.

Moderate rains have also occurred over Bankura, Bardhaman, Midnapore, Hooghly, Howrah, Nadia and Murshidabad districts. Like for instance Midnapore and Purulia recorded 25 mm of rain each. The Axis of Monsoon Trough is likely to oscillate close to Gangetic West Bengal during the next three to four days.

Hence, we expect rainfall to continue for the next 48 hours with intermittent moderate spells at many places in Gangetic West Bengal which may lead to waterlogging and choking of streets. As the Trough will keep oscillating, these rains will continue post 48 hours as well and will be then likely light to moderate in nature. As of now, Gangetic West Bengal is rain deficient by 37% which has impacted the sowing of crops. But this spell of rain is going to prove beneficial for the farmers and will also assist in pulling down the rainfall deficiency in the region to some extent.