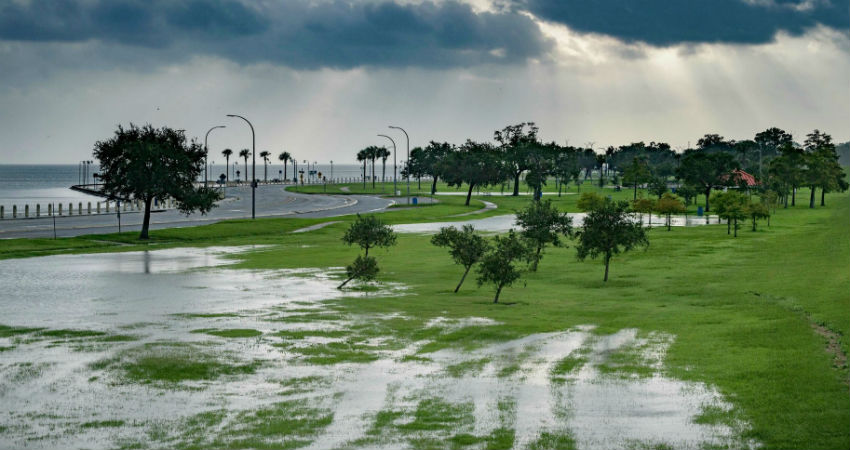 Barry reinforced into a hurricane as it dumped downpour and released strong winds on the Louisiana coast, the National Hurricane Center said.

Barry has been sustaining winds of 120 kilometers for every hour — simply over the base to qualify as a class 1 typhoon on the Saffir-Simpson scale, the NHC said in its most recent warning.

The typhoon made landfall soon after 1pm nearby time (3am AEST) in Morgan City, west of New Orleans.

The slow moving nature of the hurricane is turning into a major issue. There's a lot of rain yet to fall.

Carrying high measures of moisture, Hurricane Barry slithered gradually toward shore, thumping out power on the Gulf Coast and causing millions with substantial downpours that could keep going for quite a long time after Hurricane Katrina crushed New Orleans 14 years prior.

As locals and visitors in the Big Easy, Baton Rouge and other intensely populated zones in the storm's way, meandered through reasonably quiet streets, waiting for the worst, which is yet to happen terrible, the Coast saved twelve individuals from the inundated remote island of Isle de Jean Charles .

Water on the island had ascended so high that a few inhabitants were sticking to housetops when help arrived.

Video indicated water overtopping a levee in Plaquemines Parish, a finger of land expanding into the Gulf of Mexico, downstream from New Orleans.

Authorities were as yet certain that New Orleans' levees would hold firm.

"This is only a stunning measure of moisture.

On the remote Isle de Jean Charles, around 72 kilometers south of New Orleans, Coast Guard rescuers utilized helicopters to cull a few inhabitants from housetops and stacked others into pontoons from inundated homes.

Barry was moving so gradually, all things considered, heavy precipitation would proceed during the time crosswise over Louisiana.

There were expectations of 10 to 20 inches (25 to 50 centimeters of downpour through Sunday over a swath of Louisiana including New Orleans and Baton Rouge with certain parts of the state conceivable getting 25 inches (63 centimeters).

Looking forward, following gauges demonstrated the storm advancing toward Chicago, swelling the Mississippi River with water that must in the end stream south once more.

Governors pronounced crises in Louisiana and Mississippi, and specialists played it safe in shutting conduits and raising the boundaries around New Orleans. Gov. John Bel Edwards said it was the first run through all conduits were fixed in the New Orleans-territory Hurricane Risk Reduction System since Katrina.

All things considered, he said he didn't anticipate that the Mississippi River should overflow the levees in spite of water levels officially running high from spring downpours and softening snow upstream.

Salvage teams and around 3000 National Guard troops were posted around Louisiana with pontoons, high-water vehicles and helicopters.

US President Donald Trump pronounced a government crisis for Louisiana, approving bureaucratic organizations to co-ordinate aid projects and tweeted to caution about the tempest medium-term.