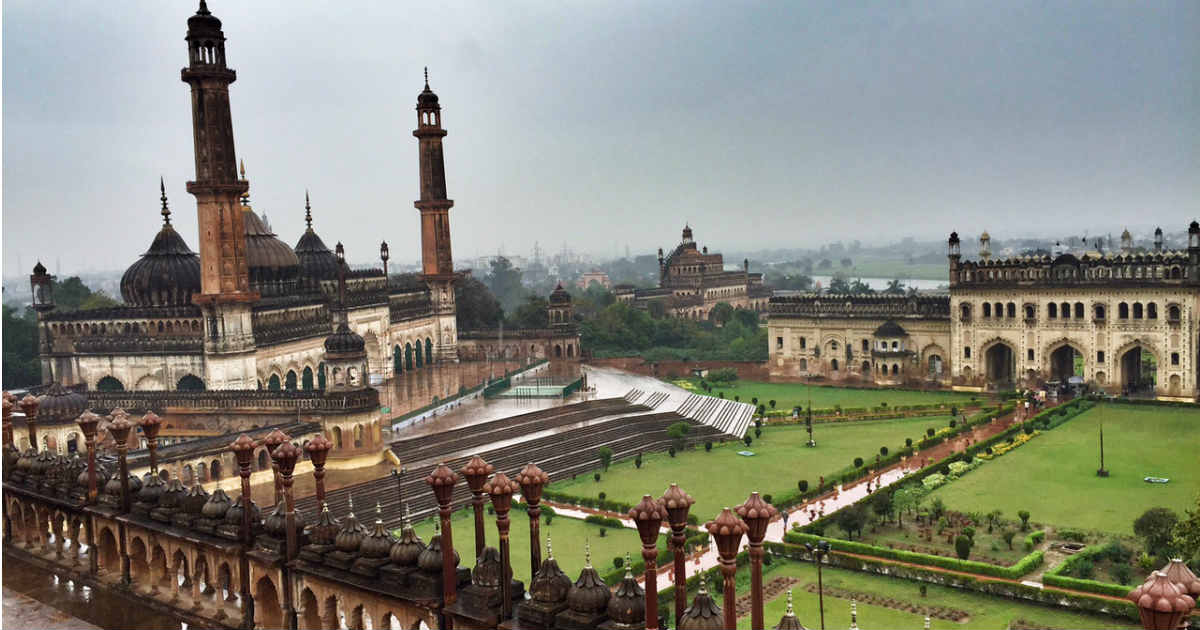 Lucknow rains have shattered all-time high record this January, with the state capital recording a total of 98 mm of rains in first 17 days it self. Prior to this, the record stood at 93.8 mm of rains recorded in January, 1996. Not only this, the record figure could even go further higher as we can expect some more intense showers in Lucknow for the next 48 hours. Next 24 hours would be more crucial in terms of rains and thundershowers.

It had been raining incessantly since Thursday, with very few breaks in between. Lucknow has been recording heavy spells of winters rains for the second consecutive day. The city has recorded 35 mm of rain in last 24 hours from 8:30 am on Thursday, prior to which it had recorded 39 mm.

In fact, Lucknow was reporting rains till 9 am today morning and has just taken a break. But the sky remain overcast and weather conditions are very ripe for rains to begin soon over the city. Weathermen have predicted fairly widespread rains and thundershowers to continue across Uttar Pradesh, particularly over foothills of northwest region today as well.

Intensity of rains is likely to reduce by tomorrow but few good spells cannot be ruled out on January 18 also.

With more rains, Lucknow would continue to be under the grip of cold day conditions, as we do not expect day maximum to settle beyond 16 degree Celsius. However, minimum temperatures would be largely settling above normal for the next 24 hours.

Lucknow has been recording incessant rains since today morning and it seems that rains are in no mood to relent anytime soon. Though light in nature, but it has been drenching the state capital throughout the day, which has not let the mercury rise beyond 15 degree Celsius. This was six notches below the normal average day maximum.

In span of nine hours from 8:30 am to 5:30 pm, the city has recorded 16 mm of rains. In fact, on Wednesday, Lucknow had recorded heavy spell of winter rains to the tune of 35 mm. With this the city has already surpassed its monthly average rainfall that stands at 16.7 mm in mere two days.

According to weathermen, we do not expect much weather activities during this time of the year. These have been exceptional spell of rainfall. This was on account of passage of an active Western Disturbance over Jammu and Kashmir, which has also induced a cyclonic circulations over the northern plains. Besides this, a trough has been running from this systems across Uttar Pradesh.  These weather systems have battered all the three hilly region of North India with heavy snowfall, while with moderate to heavy rains in the northwestern plains.

At present also, intense clouding can be seen engulfing Lucknow. With this, weathermen are predicting more rain in Lucknow as well as entire Uttar Pradesh today.  Light rains with few moderate spells are likely to stay tonight as well till Friday morning. We would see clearance in weather by tomorrow afternoon but chances of light rains would persist on account of presence of moisture in atmosphere in abundance.

Talking temperatures, cold day conditions would continue to grip Lucknow for the next 24 hours as day maximum would not see much relief. There would slight relief during the night that would continue to settle above average.