Is North India gearing up for one of the heaviest spells of March? How crops will get affected? 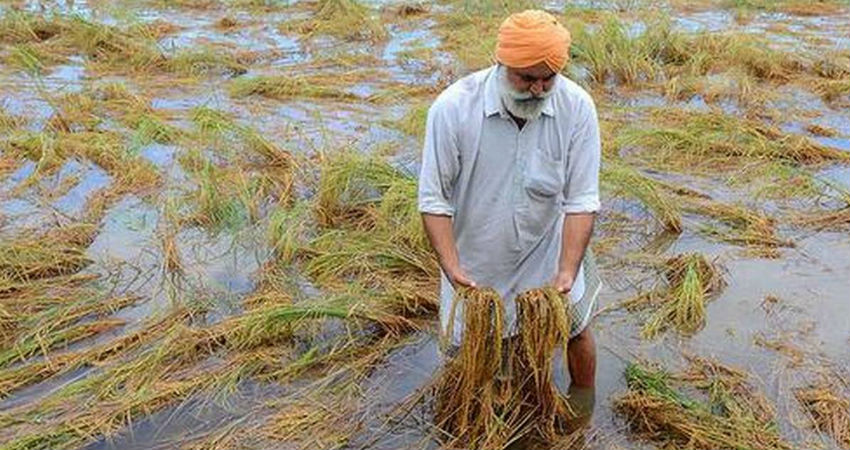 The month of February ( which otherwise has experienced poor rainfall throughout) ended on a rainy note for North India. The last good spell on February 29 brought an ample amount of rain for Punjab, Haryana, North Rajasthan, Uttar Pradesh and Delhi. Some intense weather activities were also reported from the pockets of these states. Since then, the weather has been mainly dry.

The pre-Monsoon season officially starts from March 1 and it is the transition month for North India. The first half of March witnesses leftover days of Winter, wherein Winter rains sometimes appear. While from the second half, pre-Monsoon activity kick starts.

The plains of North India have been experiencing dry weather for the past 24 hours. And the meteorologists at Skymet have predicted a similar weather condition during the next two to three days.

However, on March 4, a fresh Western Disturbance (WD) is expected to approach the Western Himalayas. The WD might induce a Cyclonic Circulation over North Rajasthan and adjoining Pakistan, which will gradually shift eastwards and come closer to Haryana and Delhi.

The combination of two is likely to bring prolonged wet spell for North India from March 4 to 7. Initially commencing with light intensity, the weather activities might peak on March 6.

Rain and thundershowers would be accompanied with hailstorm, high-velocity winds and lightning strikes at a few places. The foothills of Punjab and Haryana, in particular, might witness intense weather activities during this span. This would result in heavy damage to crops that are at present in their grain-setting/grain-maturing stage.

Generally, the northern plains witness lesser amounts of rain in March as compared to what they observe in the months of January or February. Considering the heavy intensity of the upcoming spell, there are strong chances that most places of the northern plains might achieve their monthly average rainfall target in these four days only.