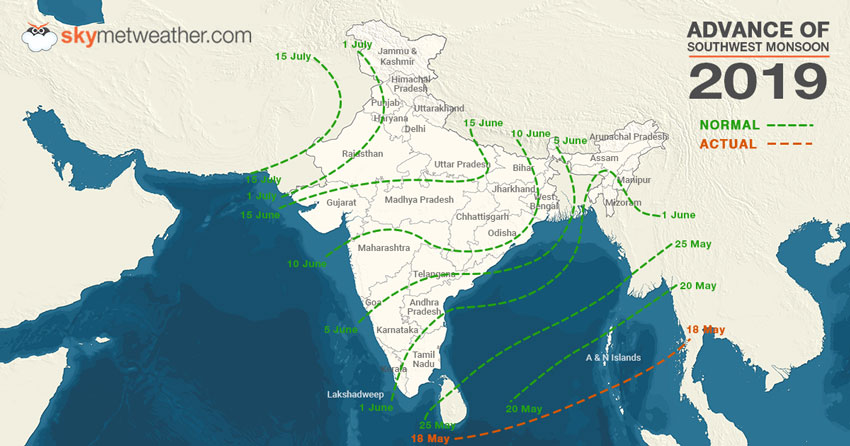 The journey of Southwest Monsoon 2019 has finally begun as it marks its onset over Andaman and Nicobar Islands. Arriving earlier than its normal date of May 20, Monsoon has covered South Andaman Sea and some parts of South Bay of Bengal and Nicobar Islands.

According to weathermen, a cyclonic circulation had formed over South Andaman Sea, which has led to strengthening and deepening of cross equatorial flow. Southwesterly winds had made there way to Bay Islands, resulting in increased cloudiness and rainfall.

However, rains have not increased to extent they usually do during the arrival of Monsoon surge. But we expect rains to now pick up pace.

According to Skymet Weather, weather conditions continue to be favourable for advancement of Southwest Monsoon into some more parts of South Bay of Bengal, North Andaman Sea and Andaman Islands in span of next 2-­3 days.

There are three criteria for declaring the onset of Monsoon over Kerala, from where on it starts with its four-month long journey.