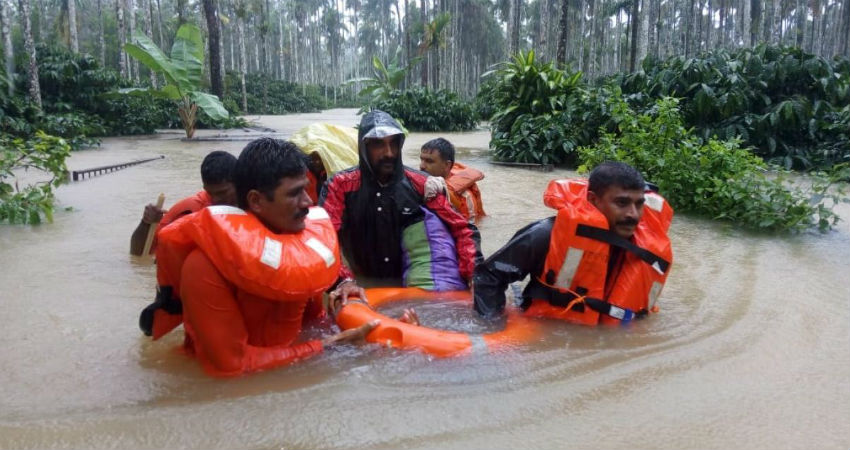 Heavy Monsoon rains have been battering the state of Karnataka since the last two days. Due to heavy downpour, subsequent landslides were reported at many places along Charmadi Ghat. In the wake of this situation, the vehicular movement has been prohibited and schools as well colleges have been ordered to remain shut.

Many districts in the state are reeling under flood-like situation at present. And with more heavy showers coming up, we expect the situation to turn grimmer.

Heavy rains are still continuing and around 10 districts of the state are flooded by Krishna river spurt.

Looking at the gravity of the situation, Karnataka State Road Transport Corporation (KSRTC) has ordered to keep Mysuru to Madikeri and Mysuru to HD Kote Road closed for some time.

The devastating rains have taken lives of at least nine people, leaving many others injured in around 12 northwestern and coastal districts of the state.

Out of the nine flood-related deaths, 6 have been reported from Belagavi, 2 from Uttara Kannada and 1 from Shivamogga.