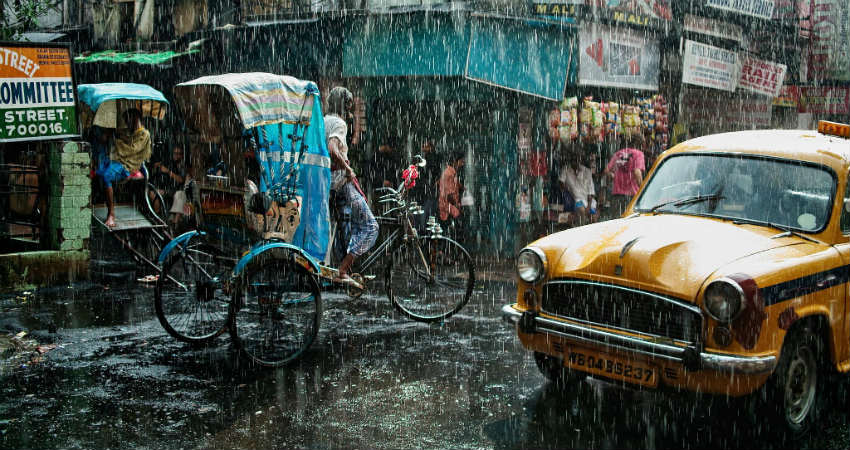 Regional Meteorological Center (RMC) of West Bengal recorded the heaviest downpour of this year and season as well. Base observatory at Alipore observed 144mm rainfall in the past 24 hours, ending 8.30 am today morning. This is the first 3 digit rainfall for Kolkata during this monsoon season and takes the monthly rainfall to 286mm, very close to the normal of 300.6mm. This also is the 3rd highest 24 hours rainfall in the last decade, the highest being 162.6mm recorded on 26th June 2018.

The timely onset of the monsoon over the state of West Bengal in general and capital Kolkata, in particular, has set the pace. Courtesy formation of a low-pressure area over the Bay of Bengal on 11th June and its subsequent movement inland triggered fairly widespread rain and thundershower over Gangetic West Bengal including Kolkata. Cyclonic circulation of this system is still meandering over the region resulting in active monsoon conditions. This weather system is not likely to vacate soon and rather may get organize again to cast active or vigorous monsoon conditions lasting for the next 10 days. The intensity, of course, will vary during this period and is expected to peak between the 19th and 21st June.

All four monsoon months from June to September record rainfall in excess of 300mm for Kolkata, July being the rainiest with nearly 400mm. Monsoon over Kolkata is early to the onset and late to withdraw and the rains invariably get extended till mid-October. Low-pressure areas or depression forming over the Bay of Bengal along with the monsoon trough are the main drivers of monsoon rains for Kolkata. Moderate to heavy rain and thundershowers accompanied with lightning and squally winds are expected today, possibly dumping 30-40mm of rainfall in 24 hours.

Weather update and forecast for October 02 across India