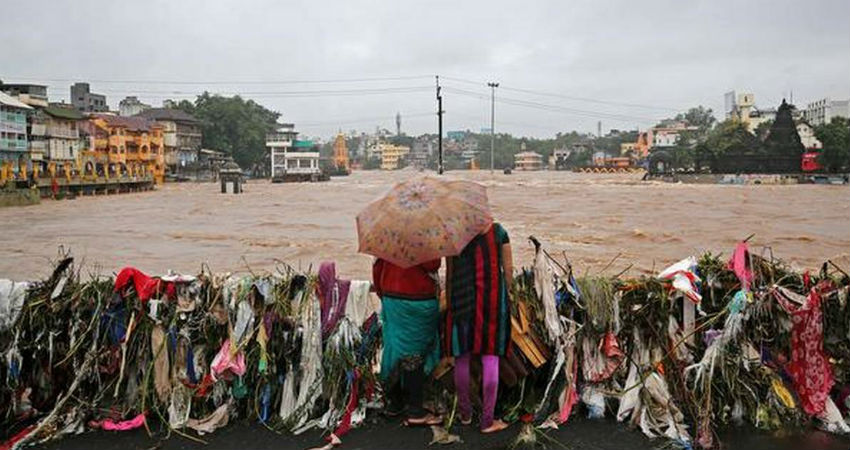 After experiencing flooding rains, the rainfall activities have significantly reduced in Sangli, Satara, and Kolhapur. And since the last two days, only light rains have been going on in these areas.

According to our meteorologists, no significant rainfall activity is expected in Sangli, Satara, and Kolhapur during the coming days and only light rains are likely. A similar condition is likely in other areas of South Madhya Maharashtra as well. However, South Konkan and Goa stand a chance to witness a few good spells i.e moderate spells with a few heavy spells. As rains would vary between light and moderate-intensity only, flood threat is completely ruled out in Sangli, Satara, and Kolhapur.

The reason for the reduced rainfall activities can be attributed to the weakening of the Monsoon surge.

The weather will be comfortable and cloudy with occasional light rains. One or two moderate spells are also likely today. Further, no heavy rainfall activity is likely for the next four to five days. As the activities will remain on the lower side only, flooding is not likely and normal day to day life will not be disrupted.

Not only Madhya Maharashtra, but the rainfall activities have also gone down in other meteorological divisions of Maharashtra. The reduced rains are now allowing floodwaters to recede and situation to come under control.