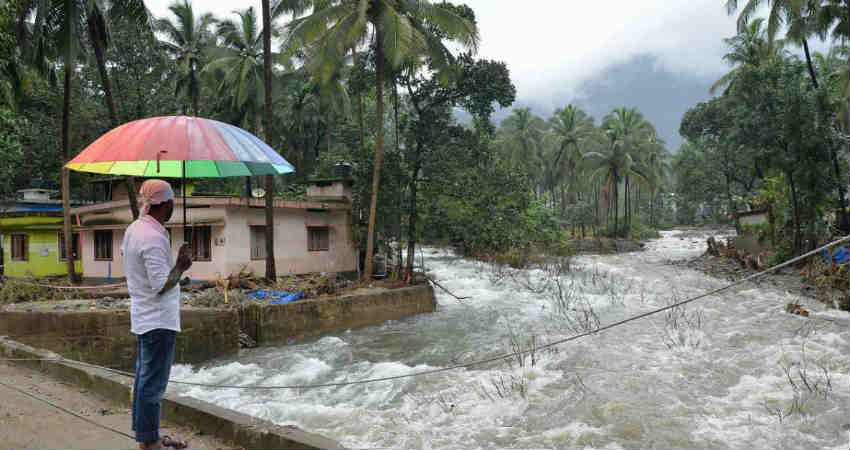 After having a satisfactory Southwest Monsoon, the Northeast Monsoon has also done fairly well for the state of Kerala until today.

The average rainfall for Kerala in October is 292 mm, November 151 mm and December 38 mm.

We can say that the thickest of Northeast Monsoon for Kerala is now getting over. As it is it rains very little in Kerala in the second half of December. The month of October this year witnessed good rains and was huge excess by 55%. Whereas November was excess by 30%. Until today since October 1, 29% rain excess has been recorded in the state of Kerala.

In the past few days, it has rained across the region and most places witnessed moderate to heavy rains. These rains are in wake of a weather system that is the Low-Pressure Area which is over Lakshadweep and adjoining the Arabian Sea.

The weather system has been generating rains for the entire state of Kerala for the last three days. For instance, in the past 24 hours as well Kannur recorded 34.7 mm of rains, Kochi and Kozhikode, both recorded 4.6 mm.

The Low-Pressure Area is going to shift in north/northwest in the sea and will move parallel to the coast. Thus, the rains will also reduce subsequently. However, in the next 24 hours, moderate to heavy rains are expected. In the subsequent 24 hours, rainfall will be light to moderate in nature and in the further subsequent hours, the rain activities will be very light in nature.

Places like Kannur, Kozhikode, Kottayam, and Kochi may witness heavy spells of rain and thundershowers. Unlike Tamil Nadu, Kerala managed to escape the flood fury. It is very likely that the northern districts of Kerala will see more rains in comparison to the southern districts.