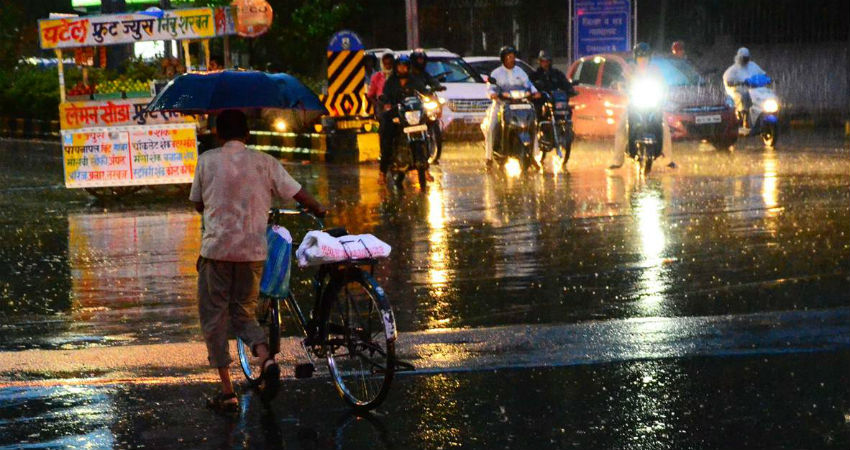 The Monsoon rains have once again increased in Vidarbha, wherein the eastern parts have observed moderate to heavy rains. A similar condition is likely to prevail for the next 24 hours wherein Nagpur and Akola will receive light to moderate rains with a few heavy spells. On the contrary, Mumbai, Pune, Thane and Dahanu will witness light rains only.

Talking about the rainfall data during the last 24 hours from 8:30 am on Thursday., Chandrapur has received 41.5 mm of rain, followed by Gadchiroli 24.8 mm and Bramhapuri 23.8 mm.

On the contrary, Monsoon remained subdued in North Konkan and Goa including Mumbai and North Madhya Maharashtra.

At present, a Cyclonic Circulation is over East Vidarbha at mid-levels. This system will give moderate rains with one or two heavy spells in parts of Vidarbha such as Nagpur and Akola, while light rains are expected in Marathwada during the next 24 hours.

The same system would also bring in a few good spells for South Konkan and Goa, but Mumbai, Pune, Dahanu, and Thane may continue to get light rains only for another two days.

By tomorrow or day after, the intensity will reduce and only scattered showers are likely in parts of Vidarbha. Some activities would also be seen in parts of North Madhya Maharashtra during this rain episode, wherein Jalgaon and its adjoining area may receive light to moderate spells.